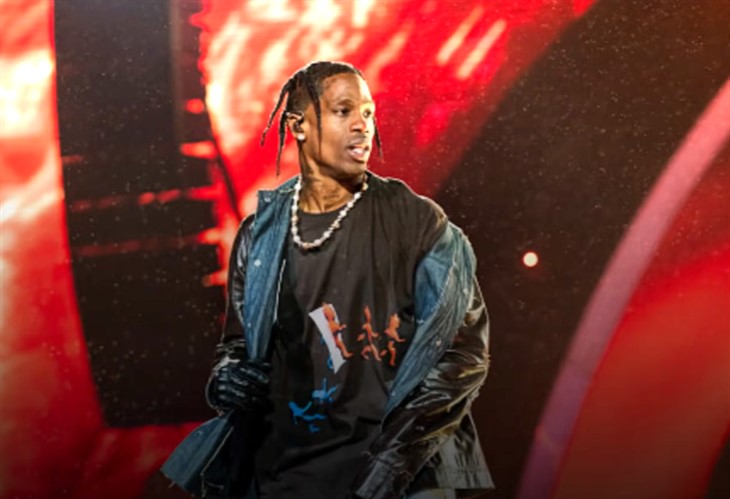 Travis Scott may wish he could forget what happened at his Astroworld Festival concert. But the crowd surge resulting in 10 lives lost and hundreds of injuries continues to impact Scott both personally and professionally. The newest impact comes from Astroworld guards, who announced a lawsuit attacking Travis for valuing his finances over his fans.

Find out just how much those security personnel want Scott the concert organizers to pay. And discover what they claim in their lawsuit about the alleged negligence that resulted in the catastrophic tragedy.

Travis Scott and the organizers of his Astroworld Festival show valued “greed” above safety in planning the event, claim two security guards in their lawsuit filing, per the New York Post. Filed by 25-year-old Jackson Bush and his 46-year-old uncle Samuel Bush, 46, the $1 million lawsuit claims that the security guards and other staff members received no training prior to the November 5 concert.

Jackson and Samuel Bush alleged that they got hired for their security jobs through a company based in New York, AJ Melino & Associates. But they also claim that the firm failed to check their backgrounds, licenses, or other credentials. “They told us to show up in all black, and that’s what we did,” summed up Samuel. And his nephew drove home the point, “As far as training, there was no training.”

The Bushes’ lawsuit alleges that when Travis performed at the Astroworld Festival, he sparked the riot. As a result, Scott allegedly should bear responsibility for “encouraging fans to ‘rage’ with no regard for human life,” adds the legal documents.

In addition to alleging no background checks or training for their security guard positions, Samuel and Jackson Bush described their experience. The lawsuit accuses Travis Scott of turning “a blind eye to the cries for help, death and devastation happening to his fans.” Instead, claim the Bushes, the rapper continued his concert, leaving “thousands of people in peril.”

The lawsuit also reveals the individual experiences of Jackson and Samuel Bush. And the descriptions contain horrific passages, such as Jackson seeing “CPR being performed on lifeless bodies.” The 25-year-old also recalled pulling “a body from the stampede who ended up being deceased.”

As a result of Travis’ Astroworld Festival, Jackson and Samuel allege they suffered injuries “both mentally and physically.” Jackson recalled injuring his back and shoulder, while Samuel broke his right hand and hurt his back as well. In addition, the older Bush described feeling horrified when he realized his injuries were too severe to assist fans. Samuel remembered seeing a woman “screaming and begging and crying for help, saying that she couldn’t breathe. But “as much as I tried, I could not even get her,” he stated.

In addition to Travis Scott, the Bushes lawsuit names Live Nation and companies responsible for Astroworld, including Melino. What do you think about their lawsuit? Share your views with us. And then check back on our site for more news about Travis Scott and his deadly concert.