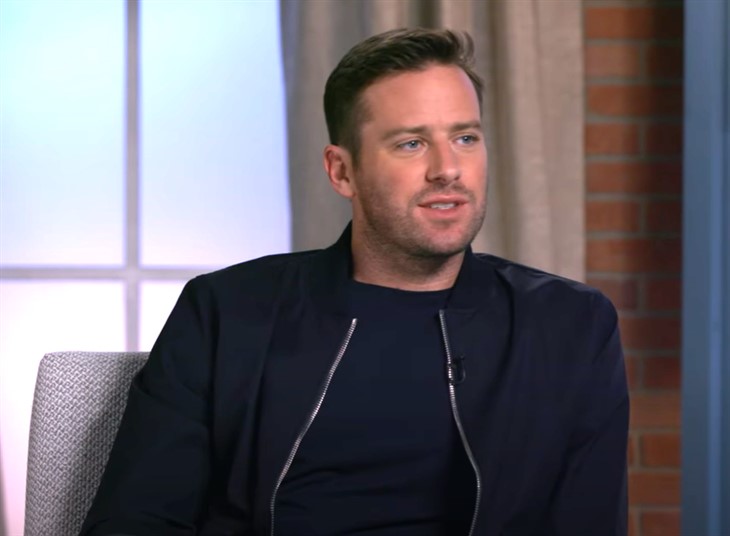 Armie Hammer has been pictured for the first time since a woman accused him of rape in March. The actor and oil heir who has kept himself out of the public eye since the allegations this March was seen having lunch with several people

The “Call Me By Your Name” actor has been keeping a low profile in the Cayman Islands since the allegation was spotted out for lunch.

Hammer who was wearing a grey t-shirt and shorts was snapped sitting under an umbrella with an older couple and several women at Macabuca restaurant on the West Bay part of Grand Cayman.

The 34-year-old actor and his now-estranged wife Elizabeth Chambers had spent the 2020 COVID-19 home lockdown in the Cayman Islands, where he spent five years of his childhood.

Once the stricter guidelines were lifted, Hammer returned to the states while Elizabeth remained on Grand Cayman with the couple’s two children, Harper, 6, and Ford, 4. In July 2020, the couple announced that after 13 years of marriage they were going their separate ways.

A woman who claimed to have fallen for the actor after connecting on Facebook came out with claims of rape, followed by several women with similar claims related to the actor; Hammer has denied claims

In March 2021, the actor was accused of rape, with the victim stating during a Facebook news conference, “On April 24, 2017, Armie Hammer violently raped me for over four hours in Los Angeles during which he repeatedly slapped my head against a wall bruising my face. He also committed other acts of violence against me to which I did not consent.”

The LAPD has launched an investigation into Effie’s rape allegations. Hammer has denied the allegations through his lawyer Andrew B. Brettler of Lavely & Singer, stating his relationship with those coming out with claims of sexual violence was “completely consensual, discussed and agreed upon in advance, and mutually participatory.”