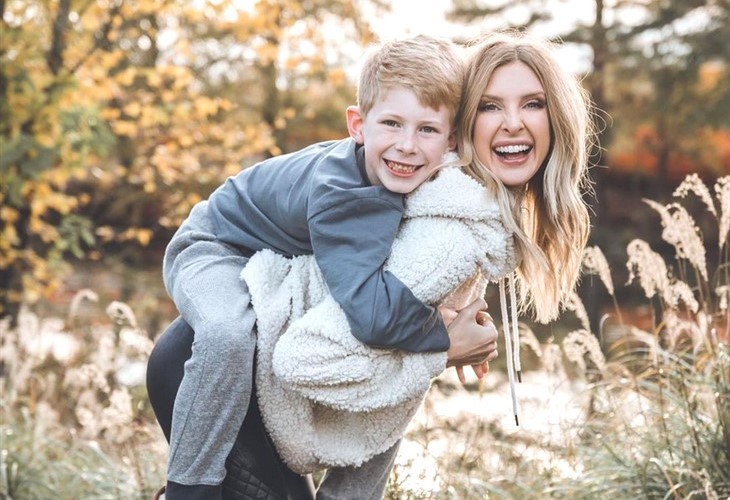 Lindsie Chrisley filed for divorce from Will Cambell and the feedback she gives fans is that she struggles with her son Jackson as they now share parenting of her son. This week, she talked about how she really finds it hard sharing time with her husband as she misses Jackson so much. In retrospect, she feels like she has to be the strongest she’s ever been when it comes to coping with it all.

The Chrisley Knows Best alum told her fans in late September that Jackson was going away on a trip with Will. However, he seemed to not understand why she couldn’t go along. She spoke with him and tried explaining. However, it was traumatic for both of them. So, trying to make him feel better, she put together a special package so he could make some memories about time with his dad. Lots of fans sent her their support, but she clearly struggles with it.

Before that, Lindsie Chrisley talked about trying to do the right thing for Jackson. She seemed to feel that getting out of a bad relationship was the best thing for Jackson. But she said that she felt “sick at home for two weeks.” Next, she attended to some “unwanted obligations.” Topping it off, she landed up with “food poisoning from a salad.” Anyway it all, sounds much harder than she anticipated, despite her good intentions toward Jackson. Now it sounds like she still struggles and perhaps even more than originally.

Lindsie Chrisley Can’t Bear Being Apart From Her Son

On Monday, November 15, Todd’s estranged daughter posted up a nice photo of herself with Jackson. In her caption, she said, “I never knew how strong I was until I became a single mom & being strong was the only choice I had. ❤️⁣”. She added, “Yesterday, I spent the majority of my day cleaning up after a nine day stretch with this little guy. My heart aches when he leaves & I wonder if that will ever stop. It’s not easy sharing & something I truly struggle with. I have put my trust in God. I know that everything will work out the right way, at the right time.”

Lindsie Chrisley also talked about the various things she tries to do to take her mind off it. She said that she grew up in a blended family & wanted to “break the cycle” for Jackson. So, she feels that she only takes “time to sit in my feelings & being okay with not being okay.” Finally, she wrote, “We all need to focus on living & not just surviving.”

Fans Reach Out In Support

Fans tried to help Lindsie Chrisley. One of them wrote, “U r such an inspiration to do many woman keep on keeping on u r an amazing mom.. 🙏🙏” Then another one noted, “Love this so much, thank you for your vulnerability! ❤️”

Be sure to catch up on everything happening with Lindsie right now. Come back here often for more Chrisley Knows Best spoilers, news, and updates.