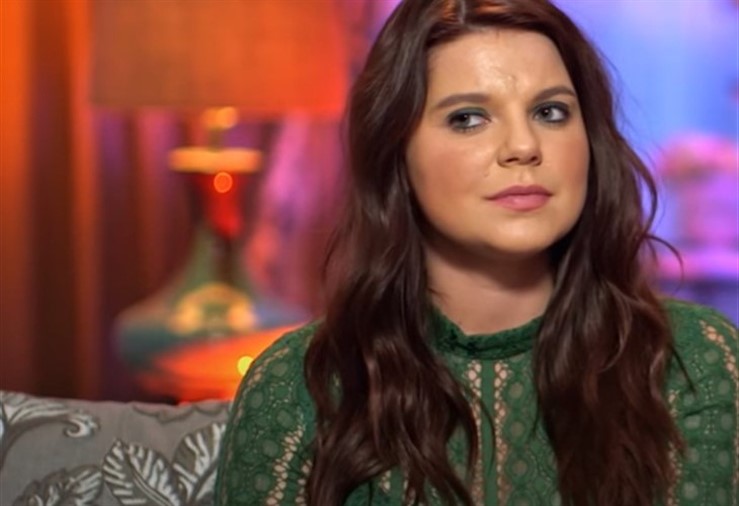 Amy might have celebrated the fact that Josh was found guilty by the jury, but she’s not celebrating right now. During the trial, many of her posts went viral and she seemed very critical of some cousins and her uncle. In fact, she slammed folks that supported Josh and hoped for his release. Actually, even before the trial began, she posted about her son Daxton, and the horrors of child abuse, so it obviously hit close to home.

Amy Duggar King knows that her cousin Josh probably endures a miserable and lonely Christmas. As he’s in protective custody, he won’t be allowed any visitors. Instead, he will remain separated from his fellow inmates for Christmas Day. His lunch won’t be much to write home about, either. Well, it’s a very quiet Christmas for Amy as well, if not as miserable. Her family has just been impacted by Covid 19. The news came via her Instagram Stories on December 21.

Amy shared some photos and told her Instagram fans that Dillon’s ill with the coronavirus. So, she keeps her son Daxton well away from his dad. Her first photo revealed Daxton lying on the couch. He looked happy enough, and clearly not sick. Then she posted about How Daxton stays “far away from daddy” upstairs. Then she wrote, “We will be quarantining during the holidays…A quiet Christmas at the King household this year.”

Amy Duggar King later shared some clips of her son watching a show on the television. Additionally, she managed to take him to see the Christmas lights. In her caption, she noted, “Nobody says we can’t take a ride around the square.” If she cant visit with friends and family this Christmas, maybe her friend and cousin, Jill Dillard will call her up and chat. Actually, She’s been supportive of Jill throughout her estrangement from her mom and dad.

Amy Duggar King didn’t rush off like many of her cousins and breed babies as soon as she married Dillon. Instead, they waited until they got all their financial ducks in a row. She opened her clothing stores, and he later opened a cigar bar. Hopefully, this year Covid 19 won’t also affect their businesses. Last year, Amy was forced to close down for a long time.

Be sure to catch up on everything happening with the TLC cast right now. Come back here often for more Counting On spoilers, news, and updates.

The Biggest Storyline Letdown Of 2021 — Ashland Locke’s Big, Bad Secret On The Young And The Restless