90 Day Spoilers: Why We Believe That Ariela Shouldn’t Forgive Biniyam 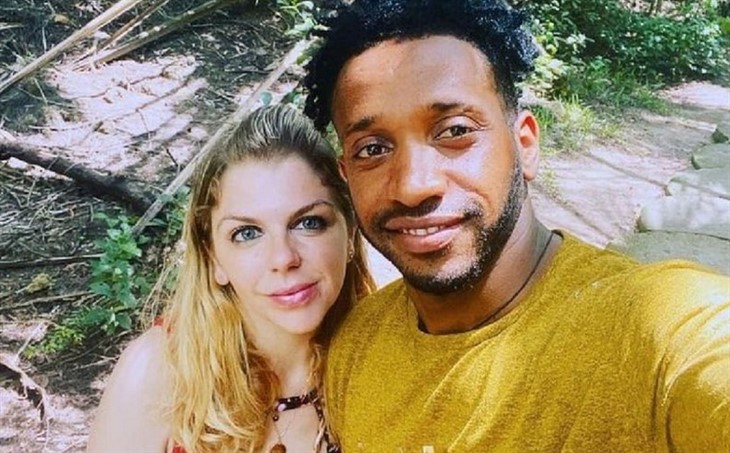 90 Day Spoilers suggest that fans believe that Biniyam Shibre is not the man for Ariela Weinberg. Ari has forgiven Bini’s shadiness in the past and yet he continues to make the same mistakes again and again. Is it time for Ari to move on?

90 Day Fiance’s Bini has proven that he cannot be trusted if Ari is not watching over him. Ari came to the United States with her son to get surgery for a hernia. Ari didn’t trust the doctors in Ethiopia to perform the surgery. Ari and Bini’s relationship has been fallen apart rapidly over the past few episodes. Fans felt sympathy for Bini when Ari and their son left but as time went on, Bini has used Ari’s absence to get into visiting clubs and moving strangers into his home. Bini has been shutting off his phone leaving Ari to wonder what is happening with Bini during the unreachable hours.

90 Day Fiance’ Bini has continued to blame Ari for their issues taking no responsibility for his action. Bini claims that he was trying to cool off after being confronted by Ari for his actions. Bini also claims that he has done nothing wrong. However, moving people into their home and turning it into a studio is certainly not on the up and up. Who removes their child’s bed to make room for other people? Even Bini’s sister has been keeping Ari updated on his shady actions. Should Ari even consider going back to Bini with the lack of consideration that he has shown for her and their son?

90 Days Bini is incapable of taking responsibility for his actions. Bini has strange numbers that he refuses to explain on his phone. Bini has been seen bringing women in and out of the family home. Bini’s defensive actions have given Ari even more reason not to trust him. Until Bini can be honest with Ari and prove his love for her and their son, Ari needs to stay away from him. Bini needs to step up and start acting like a responsible father instead of blaming Ari for his shortcomings. Has Bini not already lost one child and a wife over his shady dealings? Should Bini not be willing to do anything to keep his family together?

Ari has a lot more chemistry and a better relationship with her ex-husband than she does with Bini. Should Ari reunite with her ex and allow Bini visitation to their son? Can Ari even trust Bini to take care of their son when she’s isn’t around?