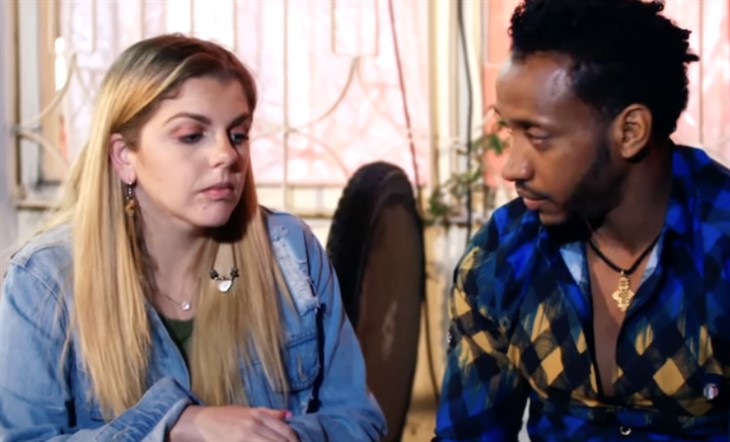 90 Day Fiance Spoilers suggest that Ariela Weinberg and Biniyam Shibre’s relationship continues to break down as she extends her stay in America with her family. Ari supposedly brought their son to the states for surgery but hasn’t returned home. Is Bini hiding something from her?

90 Day Fiance: The Other Way’s Bini was not allowed to travel to the states with Ari and their son when they came to America for his surgery. Ari doesn’t believe that Bini should be upset over her stay in the states. However, Ari is very upset that Bini has not been answering her calls and has been going out with friends. Ari is even accusing Bini of cheating on her and threatening not to come back to Ethiopia. Bini has been devastated since Ari left with their child. Bini’s friends are trying to keep him occupied so that he doesn’t miss his family so much. Can their relationship survive?

90 Day Fiance: The Other Way’s Ari has been staying with her family who is pushing her to stay in the states. Ari claims to want to go home to Bini. However, Ari’s actions speak louder than her words. Ari is being confrontational with Bini every time he doesn’t answer the phone. However, Ari seems to be listening to her family more than she is Bini. Ari blames the hospital for not getting the surgery done faster but she seems to be giving in to her family’s requests about staying in New Jersey. Ari seems at home with her parents and even tells Bini that she isn’t coming home. Is Ari serious about staying in New Jersey?

“Since I left, you do whatever the hell you feel like,” she responded. “You literally do anything you want, you go out anytime you want, you hang out with your friends, you drink anything you want, you do whatever you want. So don’t tell me I’m becoming more boss. If anything, I have no control over the situation at all. I’ve been so hurt by Bini’s behavior since I’ve been in America. I mean, why is he turning off his phone if not because he doesn’t want me to know where he is and what he’s doing? Obviously, he’s hiding something.”

Is Bini hiding something or is Ari just making excuses to take his child? Will Ari do what the mother of Bini’s other baby Mama has done? Will Ari take Bini’s son from him as well?