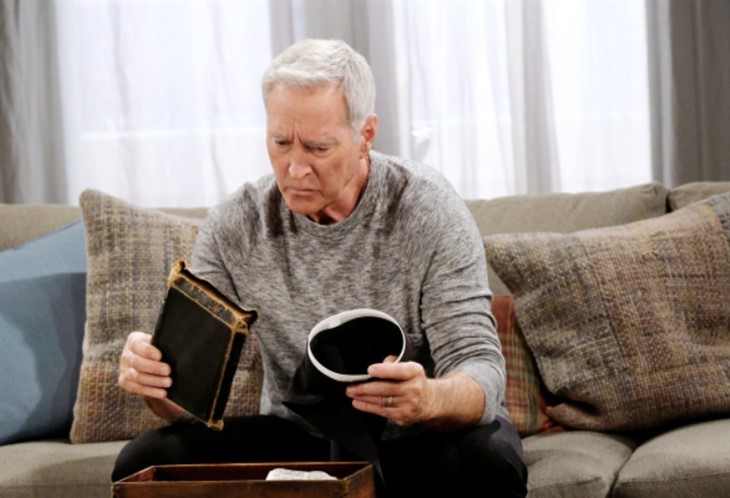 Days of Our Lives (DOOL) spoilers and updates reveal newlyweds Ciara and Ben Weston are having a baby. While they may think this is the best news on the planet, that wind through their windows and Rosemary’s Baby coming on TV just after they made love should have been a clue that something was about to go terribly wrong.

The Devil doesn’t just want Marlena (Deidre Hall) this time. He wants to have a child created in his own image so he chose Bo Brady’s (Peter Reckell) daughter and a reformed serial killer to be the vessel for this baby and they have no idea. Ciara (Victoria Konefal) is just thrilled to have gotten pregnant so easily. Who knew she was this fertile?

Apparently, The Devil knew and that may be why he chose her, but will Ciara really give birth to Satan’s child. That seems a little far-fetched unless she has a super-fast pregnancy that goes by too fast for even soap standards. And if she does seem to have a quick pregnancy, maybe that will be the clue that something is very, very wrong and even a sonogram won’t pick up on what the problem is.

DOOL Spoilers – John Black And Ben Weston Figure It Out

John (Drake Hogestyn) already knows The Devil has possessed Marlena again, although she can hear him speak and is trying with all her might to break through. In addition, Ben (Robert Scott Wilson) could already tell there was something very wrong with Marlena when she told him to just go home, stop worrying, and make a baby with his wife. That wasn’t normal Marlena and it had Ben a bit perplexed.

If they both figure out that Ciara is carrying her own version of Rosemary’s baby, will they allow her to actually give birth to this child or will John don that priest collar again and try to do a double exorcism — one on Marlena and one on the child Ciara is pregnant with. That would be an absolute first for daytime, but DOOL is definitely a show that dares to be different.

Perhaps this is also a job for another former priest in Marlena’s life, her own son Eric Brady (Greg Vaughan), who can return from Africa to save his mother and cousin. Stay tuned to Days of Our Lives weekdays to see how this story plays out.