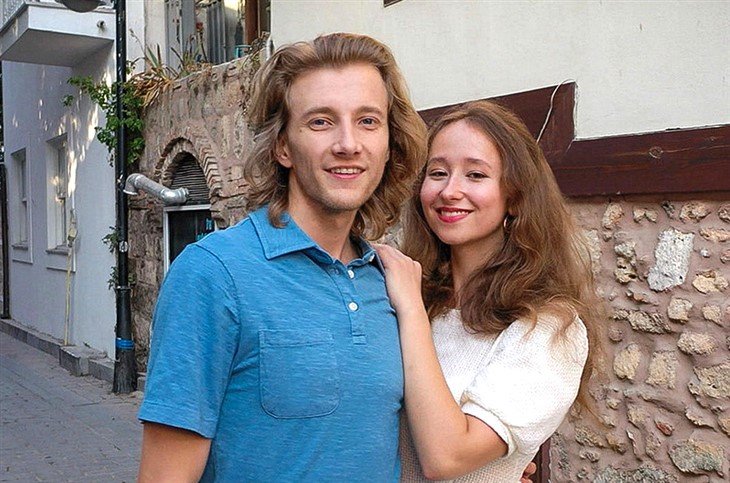 90 Day Fiance: The Other Way spoilers reveal that fans are pretty sure that the love story of Alina and Steven Johnston is completely fake. This has never seemed to be more true than on the latest episode of the show. To fans, it looks as if the show is completely scripted and that they are following a dialogue.

The plans of Steven and Alina are to get married and to do it in Turkey. Because of COVID regulations, they could not do this in Russia. Their idea is to get married and then live together in Turkey until the borders open up. This seems like a pretty far-fetched plan and now it looks like Steven has gotten cold feet.

Steven hasn’t done any kind of research on the rules and regulations about getting married in Turkey. He is completely clueless. Viewers were quick to assume that this show is all made up because of the hitchhiking incident. Steven thought that if they could hitchhike in Turkey, they could save money. He wanted it to be the cheapest way to travel.

Because Reddit users love to call out 90 Day Fiance cast members, they were quick to do so with Steven and Alina. Reddit users feel that Steven is very creepy and from the looks of the episode, the couple wasn’t really hitchhiking. They just look like a camera is following them around the roads in Turkey. One Reddit user pointed out, “The crew was following the stranger’s car from the moments it took off with another car behind it. This show is getting so fake it’s not even funny anymore. Steven’s hitchhiking was a producer’s fairytale.”

There were other viewers that felt that Steven thought he was living on the edge, but with a camera crew following him around, there isn’t a lot of living dangerously there.

We will have to keep an eye on their storyline to truly see if their story is staged.