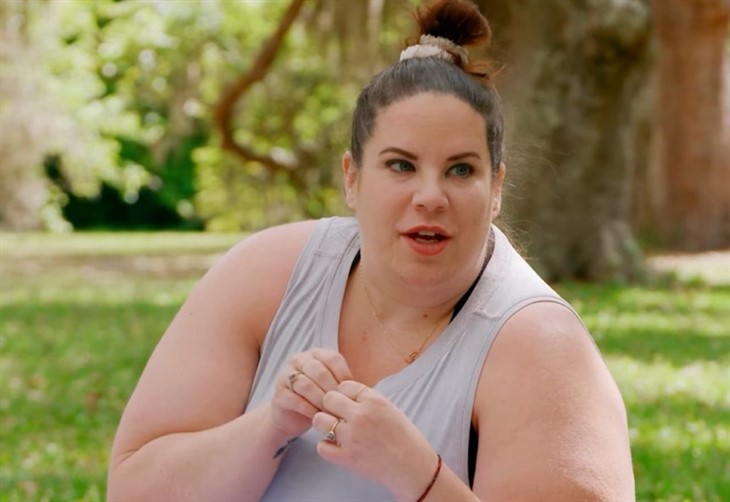 Fans of My Big Fat Fabulous Life will recall that after her painful breakup with Chase Severino when he cheated on her with his ex-girlfriend, getting her pregnant, Whitney contemplated gastric bypass.

Fans believe that this could actually damage Whitney’s career since her whole shtick is built around the ups and downs of her dancing career with regards to her weight loss journey.

Since her first YouTube video, Whitney Way Thore has been a beacon for body positivity and fans have come to love that about her.

She has always seemed to believe that she could live a happy and fulfilled life as a plus-size woman.

Fans remember her viral YouTube video claim to fame that garnered over 8 million viewers that ultimately led to her becoming a TLC star with My Big Fat Fabulous Life.

For six years now the 37-year-old reality star has kept fans’ attention as they have witnessed her navigating life’s ups and downs as a plus-size woman.

My Big Fat Fabulous Life – Whitney Has Overcome Every Obstacle

Throughout her journey as a plus-size woman, Thore has overcome every obstacle and endured heartbreak.

Through it all, fans have loved her for her resourcefulness, positivity, and appreciation of herself as she was.

However, after her nasty breakup with ex-fiancé Chase Severino, she began wondering what her life would look like as a thinner person.

Whitney has always put on a brave face but that has never meant that it was easy, and thoughts of surgery have come up from time to time.

My Big Fat Fabulous Life – What If She Lost The Weight?

The question then arises for her; What would the rapid weight loss look like for her career?

The popular reality TV star’s entire career has been built around her struggle for body positivity in the midst of her struggle with weight loss.

Surgery would completely alter that dynamic.

Fans watch My Big Fat Fabulous Life presumably because they enjoy watching Whitney live out her day-to-day life as a larger woman without being overly concerned about her appearance.

This would all change dramatically following gastric bypass surgery.

Fans know that Thore suffers from Polycystic Ovary Syndrome (PCOS) and that it has made losing weight an almost unachievable goal, yet Whitney has persevered, standing up for herself and being proud of her accomplishments.

It seems that would all change drastically Whitney was to no longer have a weight problem to endure.
Catch new episodes of My Big Fat Fabulous Life Tuesdays at 8 PM Central on TLC.