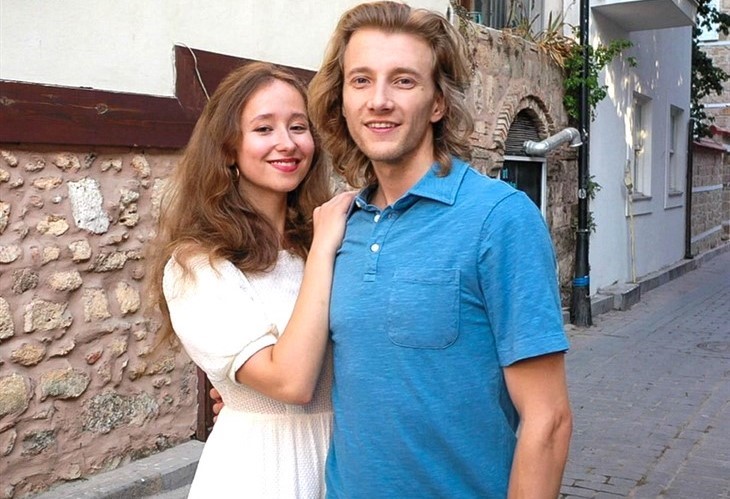 90 Day Fiance: The Other Way spoilers reveal that Steven Johnston and Alina may be having some issues in their relationship. Fans began to notice something was off when he started to post pictures of his double date with Chantel Everett and Pedro Jimeno from The Family Chantel. In these pictures, he is also with another woman who isn’t Alina.

Are Steven and Alina broken up? Alina and Steven have been working toward getting married, but there have been plenty of red flags. Viewers of the show hope that Alina will see them and according to these pictures, maybe she has. They met in Turkey so that they could get married and that he could move to Russia and be with her. By looking at these pictures, it looks as if he is back in America and not by her side.

The photos in question were first posted on Steven’s Instagram account on September 21 and then Reddit users took it and posted it all over the site. In the picture, he is with Pedro and Chancel. There is another woman that is sitting next to them, who is blonde and looks pretty young. Then the second photo shows Steven and Pedro drinking together and it looks as if Steven is flipping off the photographer.

Is this dinner something that is uncommon for 90 Day Fiance cast members? It doesn’t seem like it would be, but because Steven is supposed to be in Turkey with Alina, it seems to be very concerning. Did they not get married? Did he choose to come back to Utah? And who is this mystery girl?

Fans began to react to the photo and many of them were just as confused as we are. Many of those fans think that Alina finally came to her senses and broke up with him. Others think the photo could have been taken a while ago and that Steven is still in Turkey. We will just have to keep an eye on him on social media to find out the truth.