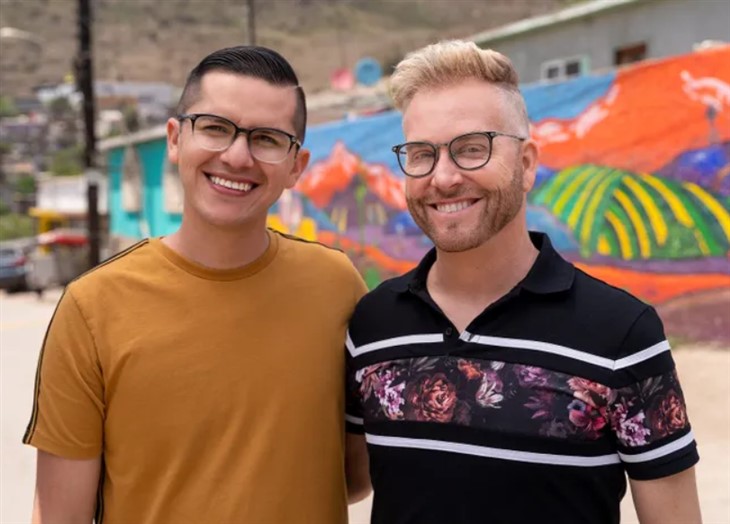 The first two seasons of 90 Day Fiancé: The Other Way revealed plenty of drama as Americans moved to foreign countries to be with the one they love. The relationships face plenty of drama and culture shock. The drama is certainly set to continue in the upcoming season 3. The new season will feature four returning couples, plus two brand-new pairs, all looking for love in foreign places.

TLC has recently announced that season 3 of 90 Day Fiancé: The Other Way will drop on Sunday, August 29 at 8 pm ET/PT. Fans will see some familiar faces, as well as two new couples. The new season will pick up as season 6 of 90 Day Fiancé: Happily Ever After? ends, taking its timeslot.

Starring in season 3 are our old friends, Ariela Weinberg and Biniyam Shibre, Sumit Singh and Jenny Slatten, Evelin Villegas and Corey Rathgeber and Armando Rubio and Kenny Niedermeier. The new additions are Ellie and Victor and Steve and Alina.

TLC 90 Day Fiancé Spoilers – Catching Up With The Cast Members

Fans will remember that Kenny, 58, from St. Petersburg, FL, recently became engaged to Armando, 32, in Mexico. In this season, they will be planning their wedding and are already arguing about the price. Kenny is nervous about how much the wedding will cost, while Armando wants a big and splashy event. Meanwhile, they are both concerned over whether Armando’s family will support them as a gay couple.

The couple will also discuss potentially bringing a child into the world together as a sibling for Armando’s daughter, Hannah. This might also ease Kenny’s homesickness, as he misses his adult children in Florida.

Jenny, 63, from Palm Springs, CA, returns to the show with Sumit, 33, from India. Due to the various challenges in their relationship, Jenny has moved backwards and forwards a number of times. However, she has now been living in India for a year, but is losing hope that she will ever get married to Sumit. During the COVID-19 pandemic, Jenny managed to extend her visa, but it will soon run out and the couple must find a way for her to stay in India permanently.

Ariela, 29, from Princeton, NJ, returns with Biniyam, 31, from Ethiopia. It has been eight months since the birth of their son, Avi and the family is still living in Biniyam’s homeland. However, their happiness is strained when Ariela tells Biniyam that Leandro, her ex-husband of ten years, is coming to visit. With their relationship already on shaky ground, Biniyam is concerned that Leandro is visiting to try and win Ariela back.

On top of this, the couple finds out during a routine pediatrician appointment that Avi needs hernia surgery. Ariela decides she wants to fly Avi to the US for the medical treatment. Biniyam is terrified that Ariela and Avi will not return to Ethiopia, as his former wife and first-born son has left him in that way.

Returning from season 1 of 90 Day Fiancé: The Other Way, Corey, 34, from Mill A, WA, is with Evelin, 28, from Ecuador. After the COVID-19 lockdown is lifted, the couple started planning their wedding. However, things got difficult when Corey admitted he almost hooked up with another woman in Peru while they were on a break.

While this is bad enough, it turns out Corey isn’t the only one keeping secrets. Evelin drops a huge bombshell, just as her family urges her to reconsider marrying Corey.

One of the new pairs, Steven, 25, is from Salt Lake City, UT, and Alina, 20, is from Russia. Steven is a devout Mormon, leaving his life in America behind to be with Alina, who he met on a language app. However, when the coronavirus pandemic closes the Russian border, Steven and Alina decide to meet up and marry in Turkey instead.

However, once they arrive in Turkey, secrets from Steven’s past begin to threaten their relationship and Alina wonders if she truly knows the man she is about to wed.

Ellie, 45, is from Seattle, WA, and joins Victor, 38, from Colombia. She fell for him during a trip to South America and they have had a long-distance relationship for two years. Ellie chooses to leave her successful restaurant business in the US to join Victor on his small Colombian island of Providencia.

The pair has issues over cheating and financial concerns, but then an even bigger problem comes in the form of the category 5 Hurricane Lota, which leaves a path of destruction on the island. According to TLC, Ellie loses communication with Victor shortly before the storm and travels to the island, worried and desperate to find him.

Readers can catch the trailer for season 3 of 90 Day Fiancé: The Other Way HERE!

As a reminder, the new season drops on TLC on Sunday, August 29 at 8 pm ET/PT.