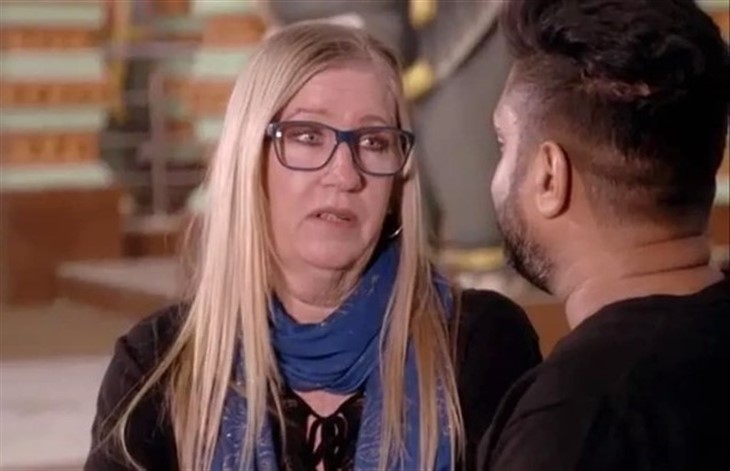 90 Day Fiance spoilers reveal that Jenny Slatten is tired of Sumit Singh and his promises. From what we have seen so far, they have all been empty ones and she has grown very upset with him. Sumit has hidden a lot from Jenny and even catfished her, yet she has stood by him no matter what. On the new season of 90 Day Fiance: The Other Way, she will put her foot down and tell him exactly what she wants or she will move back to the states.

Jenny is tired of Sumit and all of the games that he plays. She has dropped everything in her life to be with him in India and it seems like they get nowhere every time we see them on the show. Sumit kept his marriage from her and then was shocked when his wife’s father-in-law randomly showed up. He never told Jenny about his wife and finding out this way was mortifying.

Sumit has kept a lot of secrets from Jenny and she had it. In the trailer for the new 90 Day Fiance season, Jenny explains that his empty promises won’t work on her anymore. She tells cameras, “I surprise myself with the lengths that I’m willing to go to to stay her with Sumit.” She tells him that she wants to marry him so she doesn’t have to leave India. She is angry with him for not making it happen yet.

Jenny tells Sumit, “I am not gonna keep coming back and leaving every damn six months, and you’re not gonna keep telling me you’re gonna marry me when you’re f*****g not! That’s it!” Jenny gets so mad in the trailer that she throws a chair at him. Things are not looking good for these two.

There are many viewers that are just tired of seeing Jenny get hurt by him and want her to come back to the states and find someone new.