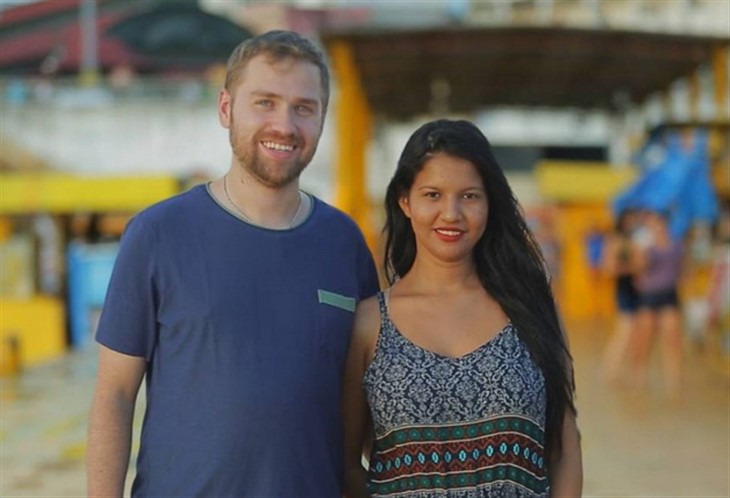 90 Day Fiancé spoilers and updates tease that Karine Martin has broken her silence and issued a statement about the video of her allegedly abusing her husband, Paul Staehle. She also shared that she’s going through “delicate moments.”

The 10-second clip, which was leaked online, shows Karine walking up to Paul, who’s sitting on their couch. Karine then grabs him by the hair and places her hands on his neck. Their son, Pierre can also be seen nearby.

The 90 Day Fiancé star is facing backlash after a video of her abusing her husband while one of their sons in the room circulated on the internet. The short video clip was taken from their home in Louisville, Kentucky. Martin tried to explain that the video isn’t what it seems.

Meanwhile, her husband, Paul admitted that things are difficult at home given their current situation. But it’s been revealed that he has returned to their home after the incident.

Karine took to social media to explain her side. In her Instagram story, she thanked all those who supported her through these tough times.

“Thank you for all messages. Know that I feel embraced by everyone,” she said. Karine believes that “God is in control of all things.”

Karine also shared a post from a relative. It was originally written in Portuguese. When translated, the message says, Karine is going through delicate moments in her life and whatever decision she makes is in the best interest of her kids.

“We want to register solidarity with Karine and make it clear that we do not condone anything that is happening,” the message read.

Fans continue to scrutinize Paul and Karine’s toxic relationship. But it seems like the couple is still together. Paul has left their home after the physical abuse but it’s been revealed that he has since returned to their house.

Based on Paul’s latest post, they’re still together and are trying to fix their marriage. In one of his posts, he urged his followers to book his wife’s services at her cosmetology school. It’ll greatly help Karine out of her depression because she’ll have something to do. She’ll feel much better if she gets out of the house more often and meets other people.

GH Spoilers: The Scorpios Come Together As Robert’s Cancer Returns