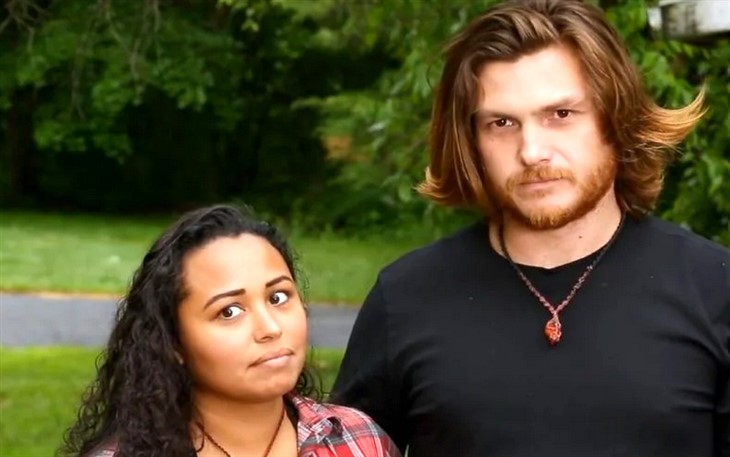 ASK AM FOR PIC After spotting 90 Day Fiancé star with another woman, fans immediately assumed that Syngin Colchester had split from his wife, Tania Maduro. After he, indeed, did spend time partying with another woman, Syngin has confirmed that he is single and is now a free spirit, focusing on self-love. Colchester will also be starring on the upcoming second season of 90 Day: The Single Life.

The relationship between American native Tania and South African native Syngin has been rocky all along. What with Tania wanting children and more, they never seemed to be able to get on the same page. Meanwhile, they are both now living in different US states and have been seen partying with other people. Syngin was spotted in a one-chip challenge video on Instagram with a woman named Erin. The couple also attended a rave together and they seem to be generally having a great time.

Having seen Colchester with a different woman, fans were convinced that he has separated from Tania. While he is now single, Syngin and Erin did clear up any romance rumors by saying they are just good friends. However, other rumors pointed to him being on the cast of 90 Day: The Single Life and that rumor is true. He will be starring in the second season of the discovery+ show, but not with Erin. She is apparently not interested in being on TV and we can’t say we blame her.

Recently, Syngin held a Q&A session on Instagram, where several 90 Day Fiancé fans asked about his relationship with Tania. He didn’t actually mention whether he was single or still married. However, when asked if they had split, Syngin responded, “Hahaha… I’m just a free spirit.”

When another fan asked, “Who’s your new honey or you single??” Syngin didn’t directly respond to the question. He simply replied, “At this time in [my] life, I’m focusing on self love.”

As for Tania, she recently announced the news on Instagram that she and Syngin are single. In fact, she wrote, “Yes I am single and @syngin_colchester is single–we’re all single!!”

No doubt, many 90 Day Fiancé fans are relieved to see Syngin and Tania single again after all the drama they have been through. We wish both of them the best of luck in their future. Now, fans are probably wondering if Colchester will return to his beloved South Africa once 90 Day: The Single Life is over.