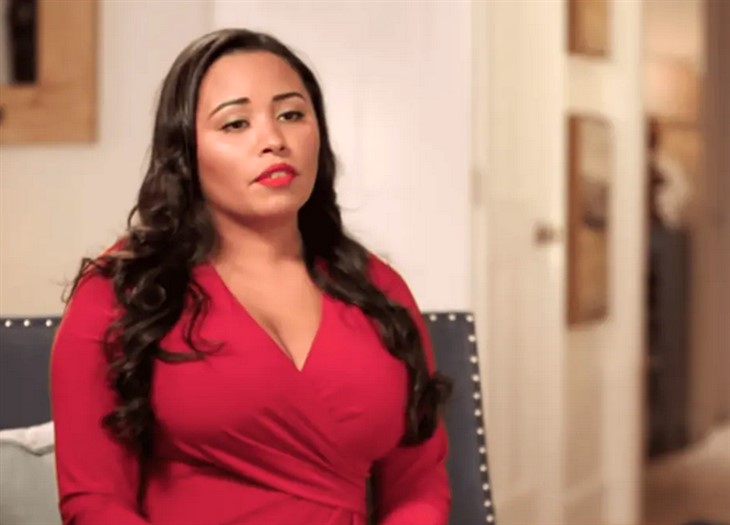 Recently, Tania stepped out for the first time since rumors of Syngin moving on with a new woman broke online. Is Tania okay with Syngin’s new romance? Did she move on as well?

It seems Tania Maduro is not sulking over her rumored split from Syngin Colchester. The 90 Day Fiance star shows no signs of being affected by claims her husband already moved on with a new woman.

Tania recently shared a photo of herself out on what appeared to be a romantic date night. The reality star looked stunning in her blue dress with plunging neckline.

Tania’s date was not in the photograph but fans are convinced she’s with someone special. The 90 Day Fiance star has yet to confirm nor deny anything about her relationship status after Syngin’s new romance.

Tania Maduro has been mum about Syngin Colchester’s newfound romance. The 90 Day Fiance star has not reacted to rumors that her husband has found someone new.

But Tania seemingly confirmed that Syngin is no longer part of her life. In a recent social media post, the reality star seemingly threw shade at him over their failed marriage.

“A great time to let go of what’s not working for you, and dream, dream big,” the 90 Day Fiance star wrote. “But write them down to capture the Virgo energy.”

Meanwhile, Syngin Colchester continues to parade his romance with his rumored military girlfriend. The 90 Day Fiance star has been on his girlfriend’s social media posts lately, sparking even more speculations that they are indeed dating.

The couple even goes live on Instagram, showcasing their closeness. Syngin and his girlfriend have been spending a lot of time together lately, clearly not trying to hide their relationship anymore.

Recently, the two enjoyed a music festival together. Syngin appeared to have a blast at the event, as evident in his girlfriend’s post.
So far, fans are still waiting for the couple to make things official as well as Tania’s reaction about it. Keep checking Soap Opera Spy for more 90 Day Fiance cast news and updates.