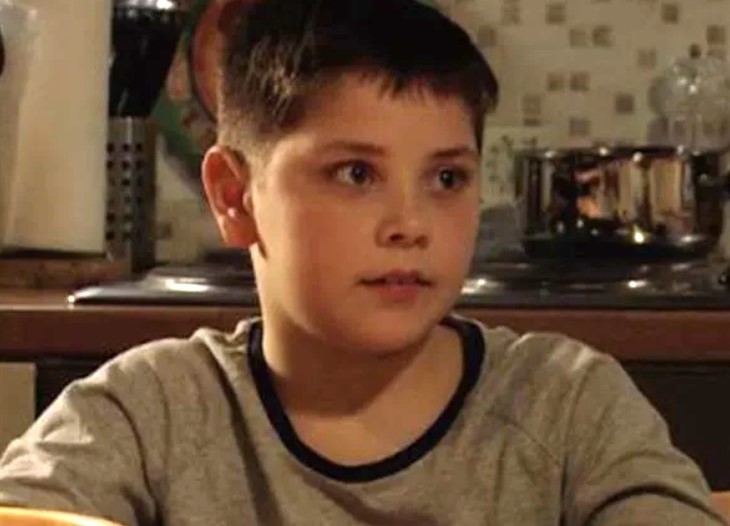 Shay Crotty, who plays the role of Tommy Moon, Kat Slater’s (Jessie Wallace) son in “EastEnders”, confirmed that he’s leaving the soap. The young actor joined the soap back in 2015 when he took over the role from twins, Ralfie and Shane White. He’s proud to say that he’s learned a lot during his stay.

Crotty thanked all the “EastEnders” team in an Instagram post where he posted photos with Jessie Wallace. In the same account, he also shared photos with James Bye, Gillian Wright, and Maddy Hill, who recently returned on the soap as Nancy Carter.

“Thank you @bbceastenders for having me and making me part of the team!! I’ve had the best years with you, I’ve learnt so much and had the best time both on and off set with the best family,” he said.

He also praised his on-screen mum, Jessie Wallace for the wonderful journey.

“We had such fun and laughs over the years!! It was just a pleasure working with you and dad @theshanerichie,” he added.

“I learnt so much from you both and laughed so much!! Best family on the Square #fact [You’ll] forever be my favourite on-screen mum and dad… no-one can ever take your places!!” the actor continued.

Crotty thanked Wallace for a lot of things. “Thank you Jessie for showing me the ropes and making me look really amazing on-screen alongside you!!” he said.

“Will never forget how loving, kind, funny, cheeky and fearless you are Love always Shay,” he continued.

Although the soap has not yet officially confirmed Crotty’s exit, the character of Tommy is believed to stay in the show. And if that’s the case, it’s possible that someone else will be portraying the role. Viewers will just have to stay tuned to find out more about Tommy Moon’s recast.

It’s going to be an exciting week for EastEnders. Whitney Dean (Shona McGarty) and Kush Kazemi (David Ghadami) will come up with a plan as they think about what the future holds for them. Meanwhile, Mick Carter (Danny Dyer) will try to find a way for Frankie Lewis (Rose-Ayling Ellis) and Nancy Carter (Maddy Hill) to bond over some board games. Sonia Fowler (Natalie Cassidy) will drop a major bombshell after a confrontation with Tiffany Butcher-Baker (Maisie Smith). At The Vic, Karen Taylor (Lorraine Stanley) finds out that Rainie Branning (Tanya Franks) and Stuart Highway (Ricky Champ) are considering getting another surrogate.