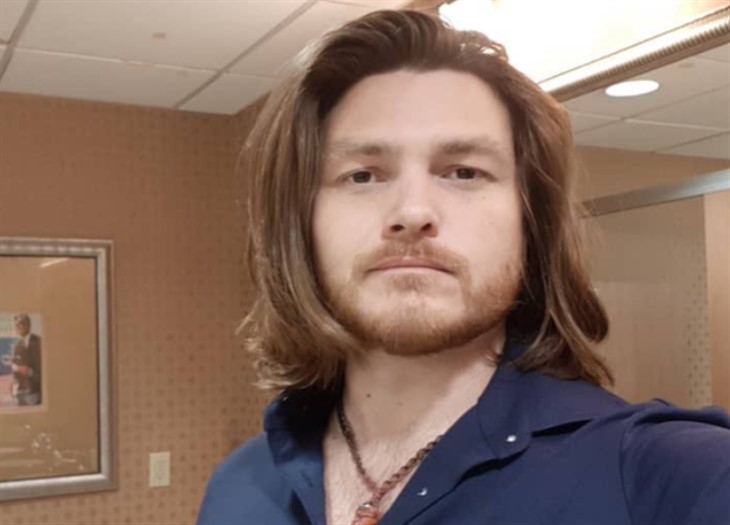 While 90 Day Fiancé stars Syngin Colchester and Tania Maduro recently featured on the spinoff 90 Day Bares All, Syngin himself has been quiet on social media. Many fans wondered why Colchester has stayed away from the spotlight. Admittedly, Tania makes the occasional post to her IG, but Syngin has been lost in action. The South African native has now posted a video to update his fans and let them know he is alive.

When Tania and Syngin appeared on the 90 Day Fiancé: Happily Ever After? season 5 Tell-All, they didn’t seem to be in a good place. In fact, many fans believed they were headed for divorce. For his part, Syngin wants to live a free-spirited life, while Tania wants to settle down and have kids.

Since then, Tania has made a number of posts that suggest they are now in a good place in their relationship. More recently, they featured on an episode of the discovery+ spinoff, 90 Bares All, where they opened up about their intimate life. However, fans quickly noticed that Colchester has been staying off social media. They became concerned, wanting to know what was happening in Syngin’s life. In fact, his last post was made on December 15, 2020. 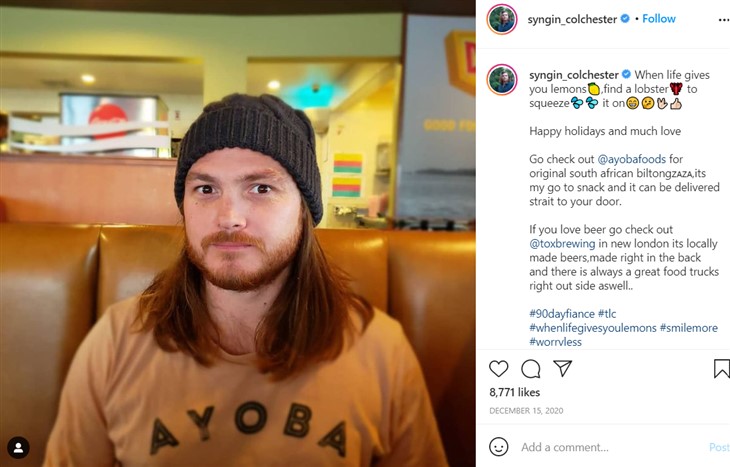 After a break of four months, Syngin Colchester is finally back. He posted a video to his Instagram, giving his fans an update on what has been happening while he has been away. In his video, Syngin assures his fans that he is alive and went on to explain his absence for such a long time.

While Tania made the odd post, Syngin said he basically wanted to stay away from the limelight. In fact, both of them have been enjoying their lives away from all the social media stress that goes with being a reality TV star.

In the video, Syngin said he wanted to steer clear of all the “bulls**t” that comes with being a reality TV star. He said most get stuck in a rut and feel like they always need to be online to gain more followers and make more money. Colchester explained that he didn’t have an Instagram account prior to starring on 90 Day Fiancé. However, TLC told him it would be in his best interest to have one.

During his break, fans kept asking him where he had been, telling him he is losing money by not doing Cameos or selling things online. Syngin said sarcastically that he had never applied for the job of an “influencer” but that it was just given to him.

However, Colchester did apologize for taking such a long break from IG. He said that from now on, he will do his best to keep a positive vibe going on social media. However, he says he prefers to use Instagram to help people and not to simply share random images. Syngin says he wants to keep things real.

Towards the end of the video, Syngin invited his fans to send him messages and comments. He also made a point of drawing everyone’s attention to his long hair and started flipping it and posing like he did before. Fans were thrilled to see him looking happy and responded positively to his post.

In his caption, Tania’s husband said it was good talking to everyone again and he hopes that life has been good for everyone. His caption ended by sending everyone “much love” telling fans to “keep it real.”