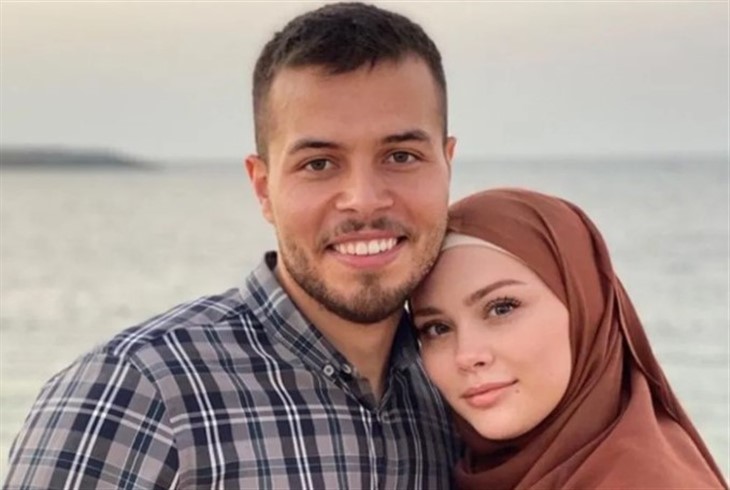 90 Day Fiancé fans of Avery and Omar watched them fall deeply in love on the TLC show. While Avery racked up some critics, she seemed genuinely in love with her Syrian husband. This week, news emerged that they relocated to the USA. Excited fans who live in New Jersey hope they might have settled there.

As Omar and Every only recently relocated to Dubai, fans seemed a bit surprised that they now landed up in the USA. After all, they looked blissfully happy there. However, recall that when they first met, they both agreed that he should move to the USA. When that looked unlikely, Avery told her mom she’d go and live with him in Syria. However, that never happened and they ended up in the UAE. Still, they never gave up hope that his visa for the USA might come through.

90 Day Fiancé stars Omar and Every probably thought his visa for the USA might never happen. After all, the Trump Administration made it really hard for Syrians. It’s not clear, but perhaps the relaxing of laws about immigrants might have helped fast-tracked his visa at last. In any event, they arrived and already chose an apartment. Naturally, fans renewed their interest in their lives when the news came out.

On Wednesday, March 31, Avery told her 90 Day Fiancé fans that they are currently in New Jersey. Actually, that makes sense. Bear in mind, fans saw her visit Omar’s relatives there. That came before she flew out and met him in the Middle East. As they approved of her, the couple decided to take things to the next step. So when Avery’s latest post came geo-tagged as New Jersey, fans asked her more about it.

When one 90 Day Fiancé fan asked the TLC star, “What are u doing in jersey?? 😮,” she replied. Her simple, answer said, “we r in NJ.” Clearly, that implied their choice of residence. So, all of those fans asking if they visit temporarily can relax. It looks like they moved to New Jersey permanently. In a previous post, Avery said Omar will work as a dentist. First, he needs to get his qualification certified though.

In the comments, those fans who live in New Jersey gave the 90 Day Fiance couple such a wonderful welcome. Meanwhile, others noted that they make a beautiful couple. And that seems amazing. After all, so many people who watched their season thought it seemed unlikely they’d make a success of it. Perhaps one day, fans might even see a bit more of them in the franchise.