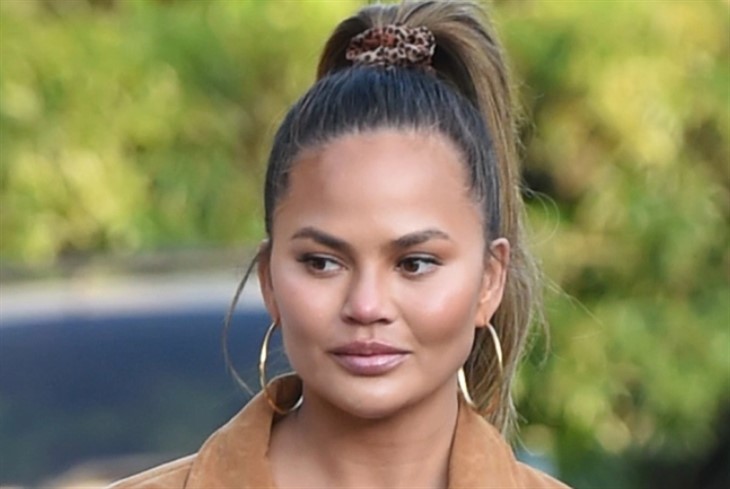 Chrissy Teigen is a huge 90 Day Fiancé fan and after she deactivated her Twitter account last week, she has now received a message from Angela Deem. The TLC reality star congratulated Chrissy for Safely, the cleaning and self-care company she has launched with Kris Jenner. She also told Teigen she made the right decision to quit Twitter.

Chrissy Teigen, 35, shared a video message on Instagram Tuesday that she had received from 90 Day Fiancé star Angela Deem. First of all, Angela congratulated Chrissy on the launch of Safety, her cleaning and self-company with Kris Jenner.

In the clip, Angela says, “Well, Yashar tells me that you just launched your new business and it’s about all the cleaning products without the harsh chemicals. I just want to say congratulations Chrissy”. Deem said how much she loves cleaning products without the harsh chemicals. She says she is a smoker and those chemicals really kill her. She says she is planning to try out the products herself.

Angela went on to also congratulate Chrissy on deactivating her Twitter account, telling her she has “made the right decision.” She agrees that social media can be toxic, although she did note that she likes her social media platforms, because she doesn’t give a “s**t what people say.”

Deem sent her and Michael’s love and jokingly asked Chrissy if she has any eggs. The TLC reality star is apparently still thinking of toting a baby with Michael! 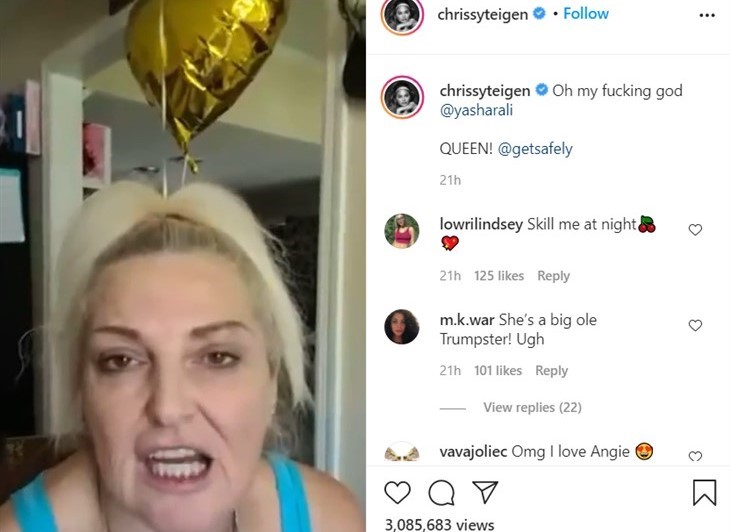 On sharing the clip, Teigen wrote as a caption, “Oh my f***ing god,” while tagging journalist Yashar Ali who gifted Chrissy the Cameo. She referred to Angela as a “QUEEN!”

As noted by People, Chrissy announced last week that she had quit Twitter, saying she felt like she was “letting people down” on the social media platform.

“It’s just me. I have to come to terms with the fact some people aren’t gonna like me,” she wrote the day after closing her account. “I hate letting people down or upsetting people and I feel like I just did it over and over and over. Someone can’t read that they disappointed you in some way every single day, all day without physically absorbing that energy. I can feel it in my bones.”

Teigen announced her departure last week on Twitter, writing that she has been “deeply bruised” over the years. She went on to encourage social media users to realize and never forget that their words matter.

In her lengthy message, she wrote that she has made her mistakes, “throughout years and in front of hundreds of thousands, and been held accountable for them.” Chrissy admitted that she has learned an “incredible amount here.” However, she added that she has also “said f** up s** and killed myself over it as much as you killed me.”

Teigen concluded her heart-felt message, writing that the one thing she hasn’t learned is how to “block out the negativity.” She wrote, “I’m just a sensitive s***, okay!?” She said she doesn’t want to be that way, but she just is. Chrissy signed off writing, “But I love you guys and I cherish our time together, I truly do. I also hate you.”

We wish Chrissy Teigen and Kris Jenner all the best with their new venture. Meanwhile, readers can catch Angela on the new season of 90 Day Fiancé: Happily Ever After? on April 25th on discovery+.