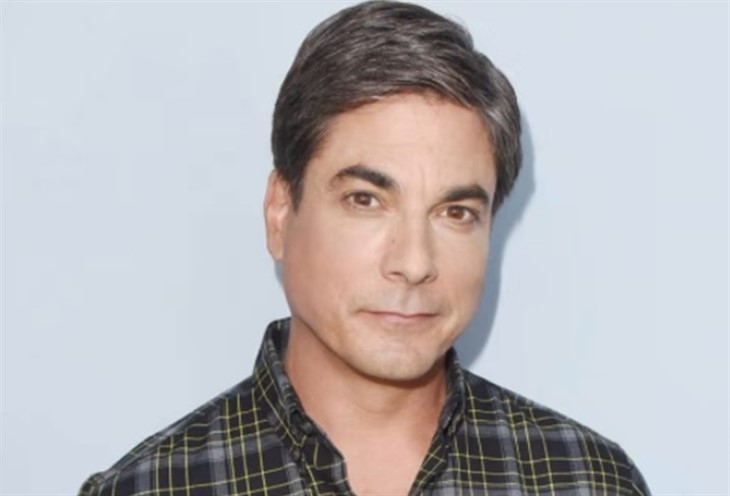 Days Of Our Lives (DOOL) spoilers and updates reveal Bryan Dattilo, Lucas Horton, celebrated his 28th anniversary with the soap. The actor announced this amazing feat in an Instagram post where he said, “28 years ago today I started the best job ever. Thanks Days. I love you. Alisweeney.”

Dattilo praised Alison Sweeney for playing Sami Brady to his Lucas Horton, during his entire gig on the soap. In an interview with Digest, the actor described his character as “the voice of the audience.” He explained that every time his character brings up a topic, he feels like it’s something that many people want to know more about. He believes that Lucas fills the communication gap between the audience and the show.

“It’s very rewarding to travel as Lucas. In L.A., they don’t care who you are,” the actor said.

“But if I travel outside of California, I’m huge! People love Lucas! And I think it’s because he represents what they feel,” he continued.

DOOL Spoilers – About The Actor

Dattilo’s other acting gigs include “California Dreams,” “Doogie Howser, M.D.,” “Charles in Charge,” “In the Heat of the Night,” and “Arcade.” Born in Kankakee, Illinois, the actor is an outdoor enthusiast who loves to surf, travel, and play basketball and baseball. His family moved from Illinois to Beverly Hills and studied at Beverly Hills High School. With his angelic face and good looks, he joined acting classes and signed with The Savage Agency within one year.

Days Of Our Lives (DOOL) Spoilers: Eric Away For Three More Months, Will Nicole Wait Or Move On? https://t.co/vzyltfrzLQ pic.twitter.com/rMy1lZU4cn

Not long after, Dattilo joined the cast of HBO’s “Not Necessarily The News” and landed other acting gigs. His family returned to Florida for a few years and moved back to California when his mother started her own TV and film company called Harbour Lights Entertainment. This helped Dattilo and his sister to get the lead roles in the movie “The Adventures of Grizzly Adams.”

Dattilo has always dreamed of joining the cast of “Days of Our Lives” ever since he first watched the soap. He and his grandmother have always been a fan of the show so he was so excited when he landed the role of Lucas Horton on Days.

“Days of Our Lives” spoilers for the week of April 5 revealed that Lucas Horton (Bryan R. Dattilo) will hear a painful admission from Sami Brady (Alison Sweeney). Lucas will learn that Sami’s marriage to EJ DiMera (Dan Feuerriegel) is falling. The pair’s serious talk will lead to a steamy kiss. Will this be a one-time thing? Or will it lead to a love affair?