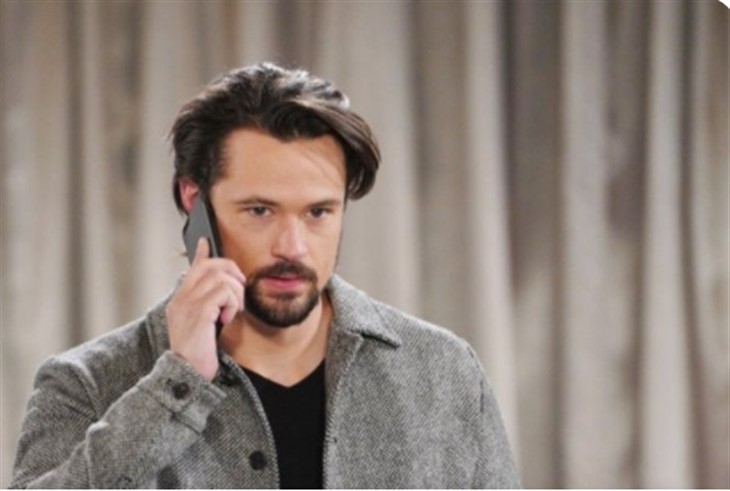 The Bold and the Beautiful (B&B) spoilers reveal that in Los Angeles Thomas Forrester (Matthew Atkinson) exposed Vinny Walker’s (Joe LoCicero) scheme. There are different opinions on why he did this. Was it really due to him being a changed man? Was it because it involved his sister? Or were there hidden motives? The actor explained the real reason Thomas told the truth.

The Bold And The Beautiful Spoilers – A Changed Man

B&B spoilers reveal that Thomas has been a villain and an obsessed manipulator since he returned after the death of Caroline Spencer (Linsey Godfrey). There have been many times before when Thomas pretended to change but was still up to his old tricks. So, it’s understandable why Liam Spencer (Scott Clifton), Brooke Logan Forrester (Katherine Kelly Lang), and viewers question the “new Thomas.”

Thomas was put to the test when Vinny changed Steffy’s paternity test results to make Liam the father of her baby. He wouldn’t admit it to Thomas and told him just to accept it. He said one day Thomas would thank him. He even encouraged Thomas to use the “Lope” rift to get closer to Hope Logan (Annika Noelle). The old Thomas would have taken advantage of the situation. However, Thomas actually did the right thing this time.

The Bold And The Beautiful (B&B) Spoilers: Wyatt Proposes To Flo, Will They Get Their Happily Ever After?

The Bold And The Beautiful Spoilers – Telling Hope Logan The Truth

The Bold and the Beautiful spoilers reveal that Thomas kept on pushing Vinny for the truth. Then, John “Finn” Finnegan (Tanner Novlan) got involved. He literally beat the truth out of Vinny. Even though Thomas exposed the truth and let Hope know that Liam wasn’t the baby daddy, some people are still suspicious. So, were his intentions really pure? Or was it another manipulative act to “prove” he’s changed when he hasn’t? Or is it a bit more layered than that?

Atkinson talked to Soap Opera Digest about the storyline and Thomas’ actions. He indicated that it was for a good reason. However, he also mentioned it would “anchor” him to Hope and he just wanted to see her happy. So, it seems a bit complicated for Thomas.

On one hand, he hates seeing Hope so upset. On the other hand, he knows that Liam hates him and this “saintly act” might help him get Hope in the long run. He’s just doing it in a more “good guy” way instead of being cruel about it.

“Thomas really wants to be an anchor for Hope. He knows this situation is weighing on her and he just wants to see her happy.”

What do you think Thomas’ true motivations were for telling Hope the truth? Was it completely pure or is he just being nicer and more smooth about his attempt to make Hope his own?