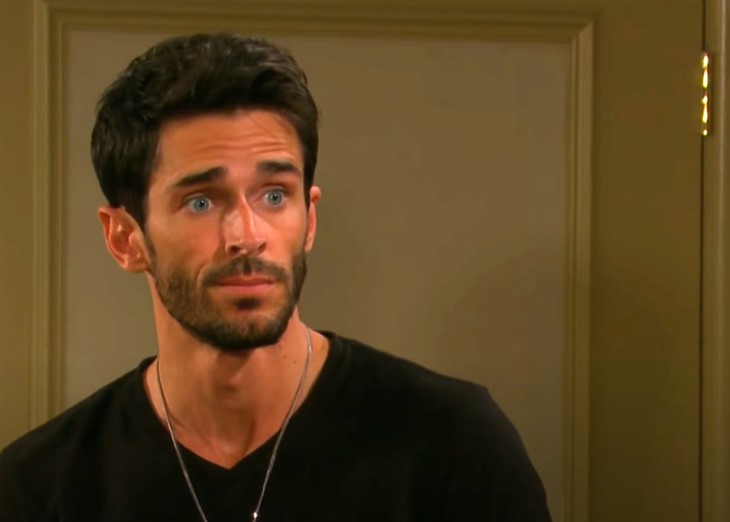 Days of Our Lives Spoilers tease that Ciara Brady (Victoria Konefal) is determined to have a baby with her husband Ben Weston (Robert Scott Wilson). Ben himself is hesitant to reproduce because of his history with mental health. While Ciara believes that Ben became a serial killer because of abuse he suffered as a child, Ben isn’t so sure. Both he and his sister Jordan Ridgeway (Chrishell Strauss) committed murder as a result of their mental illness.

Ben has spoken with Tripp Johnson (Lucas Adams) a medical student who confirmed that while there is no serial killer gene, mental illness like what Ben suffered from can be passed on from one generation to the next. So while a baby may not become the next “necktie killer”, he would likely have some form of mental issue from his genetics. Ciara doesn’t think that will happen, but Ben doesn’t want to take that chance.

DOOL Spoilers – Ciara Brady May Seek The Advice Of Her Family!

Ciara will likely seek out her older brother, Shawn-Douglas Brady (Brandon Beemer) and ask him what he thinks. He will certainly praise Ciara for her rose-colored glasses, Shawn-D is a bit more on the practical side and will likely agree with Ben. Shawn-D will remind Ciara that there are alternatives, like getting a sperm donor and using artificial insemination, or even adopting a baby. But Ciara will want her fairy tell ending, no matter how risky.

Days Of Our Lives Spoilers – Ben Weston Will Likely Give In To Ciara Brady!

Ben will undoubtedly seek out the advice of Dr. Marlena Evans (Deidre Hall) about this issue. But he may be surprised when she encourages Ben to make a baby with Ciara. But Ben, as well as the rest of Salem, doesn’t yet realize that Marlena has once again been possessed by the devil so if Ciara gives birth to a serial killer, the devil would like be all for that. So believing that if Marlena thinks it ok, Ben will likely agree to father Ciara’s baby!

Are Ben’s concerns justified? Or is he just being silly. Will Ciara convince Ben or will it be Marlena who ultimately tells Ben to throw caution to the wind? Literally anything can happen in Salem, so stay tuned to Days of Our Lives airing weekdays on NBC. And don’t forget to check back right here regularly for all your Days of Our Lives news, information and spoilers!