90 Day Fiancé: Sumit’s Parents Once Agreed To His Marriage To Jenny 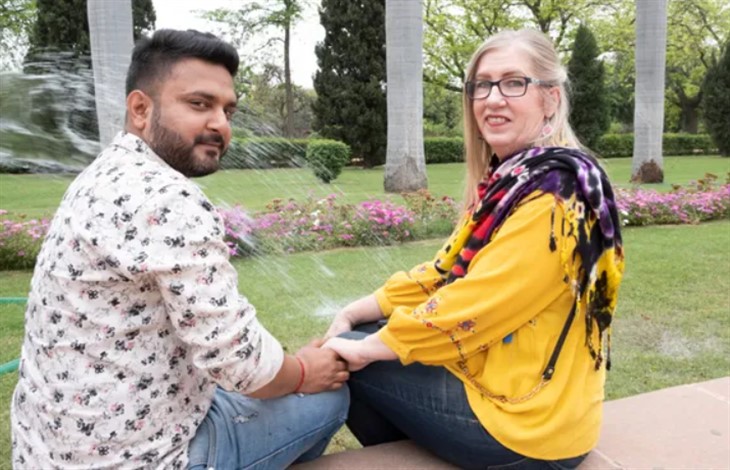 The discovery+ spinoff, 90 Day Bares All certainly does just that. The show reveals all the shocking and juicy tidbits behind the 90 Day Fiancé storyline. As fans know, Sumit Singh and Jenny Slatten have had their share of drama. This mainly revolved around trying to get Sumit’s parents, Sahna and Anil, to give their blessing for their marriage. However, it turns out that they did, at one stage, give that blessing. What happened to make them they change their minds?

Sumit and Jenny had endless drama during the first years of their relationship. Jenny was devastated when Sumit neglected to tell her he was in an arranged marriage. While she returned to the US, Sumit did eventually get divorced from his wife. However, since then, they have been trying to get Sumit’s parents, Sahna and Anil, to give their blessing for their marriage.

On a recent episode of 90 Day Bares All, Jenny shocked viewers by revealing that Sumit’s parents had once agreed to the marriage, saying Jenny must take him to live in America. What has happened since then to make them change their minds?

Sumit and Jenny first met on Facebook almost 10 years ago when she traveled to India to meet him. Telling his parents they were just friends, Jenny stayed at Sahna and Anil’s home for four months. They got on really well and, being of a similar age, Sahna and Jenny soon became friends. However, things changed when Sumit’s parents caught Sumit sneaking into Jenny’s room and realized they were more than just friends.

However, it has now been revealed by Jenny that Sahna did tell her to take her son back home with her and marry in the US. Sahna and Anil were concerned over their reputation with local society if the couple’s age difference came to light. They also didn’t want to see the marriage happening in front of them. If they married in the US, no one would have to know about it.

According to Jenny, Sahna sent them to the American Embassy to find out what they needed to do to get married. However, it turned out Jenny wasn’t able to take Sumit to the US, due to her financial status. If only she had been financially sound, they would have been married and settled there by now.

Instead of Jenny taking Sumit to the US, Jenny moved to India and this time, things went badly with Sumit’s parents. As noted by TV Season Spoilers, they totally did a u-turn on the couple’s marriage, refusing to give their blessing. Fans will remember the shocking 90 Day Fiancé scenes where Sahna threatened to kill herself should they marry.