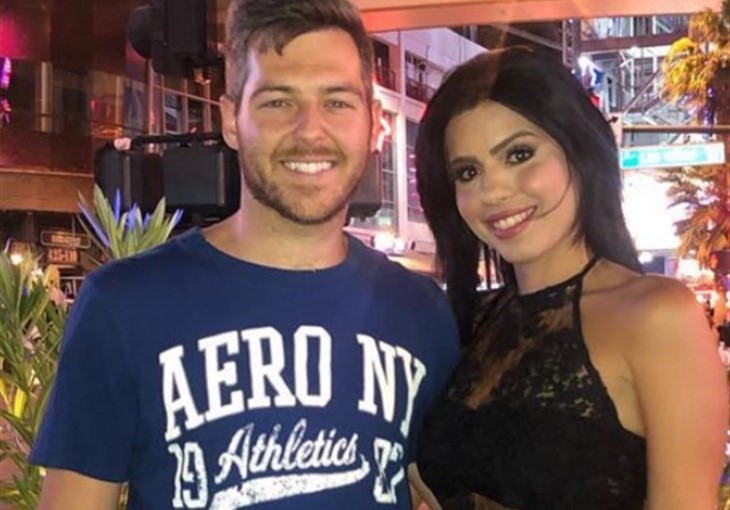 Sometimes it’s pretty hard to keep up with 90 Day Fiancé: Happily Ever After? alum Larissa Dos Santos Lima. After divorcing her ex-husband, Colt Johnson, Larissa fell for Eric Nichols. She then moved to Colorado Springs with him and moved in with his mom, Debbie (we’ll never quite get over that startling coincidence!). Anyway, on a number of occasions since that time, she has asked her followers to unfollow Eric, but now it seems they are definitely together again.

The TLC reality show tends to mess up time for fans and it seems like yesterday that Larissa Dos Santos Lima got together with Eric Nicholls. However, it turns out they have been together (on and off) for two years. In fact, the couple is celebrating their two years of happiness.

Fans will remember that Larissa moved on with Eric after leaving her disastrous marriage with Colt Johnson. To all intents and purposes, they seemed totally in love at the time. However, since then, the pair has had many explosive arguments, both on and off the screen.

However, they decided to stay together even after season 5 of 90 Day Fiancé: Happily Ever After? ended. They moved from Vegas to Colorado Springs and regularly shared images of themselves on Instagram.

However, in November 2020, Larissa officially told her fans that they had split. However, come Valentine’s Day in 2021, they were reconciled again. Fast-forward to now, and Eric and Larissa are celebrating their second anniversary. 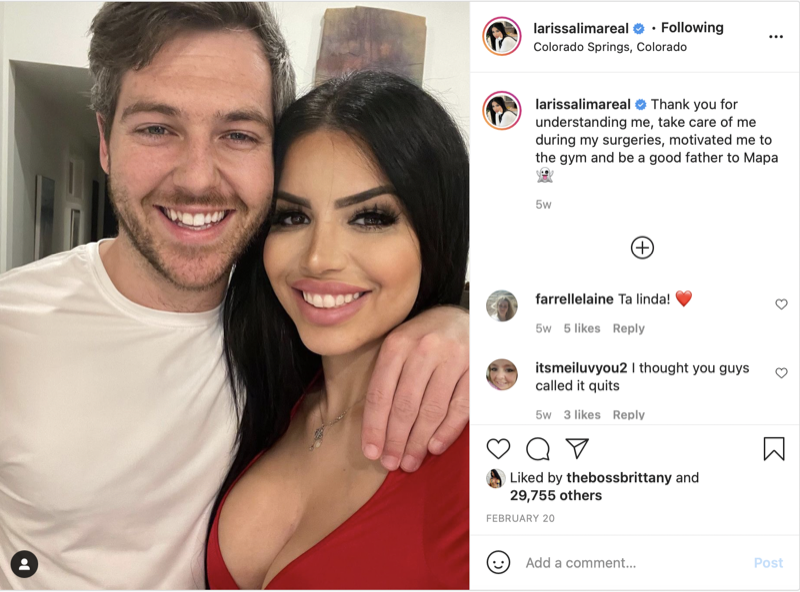 Eric shared an adorable photo to his private Instagram account where we finally see him kissing Larissa on the lips. He captioned the image, “2 years ago today.” They certainly look totally in love in the photo.

Fans were understandably confused, with one commenting, “Don’t think it counts when y’all broke up ungodly amounts of times so no, hasn’t been 2 years.” Another exclaimed, “Oh will the two of you make up your mind on whether you’re staying together or breaking up!” However, on the whole, fans were supportive of the couple and send good wishes.

While Larissa didn’t directly refer to the anniversary on her Instagram, she did post an intriguing image of herself in a beautiful wedding gown! Does this mean wedding bells will be ringing soon for Eric and Larissa? 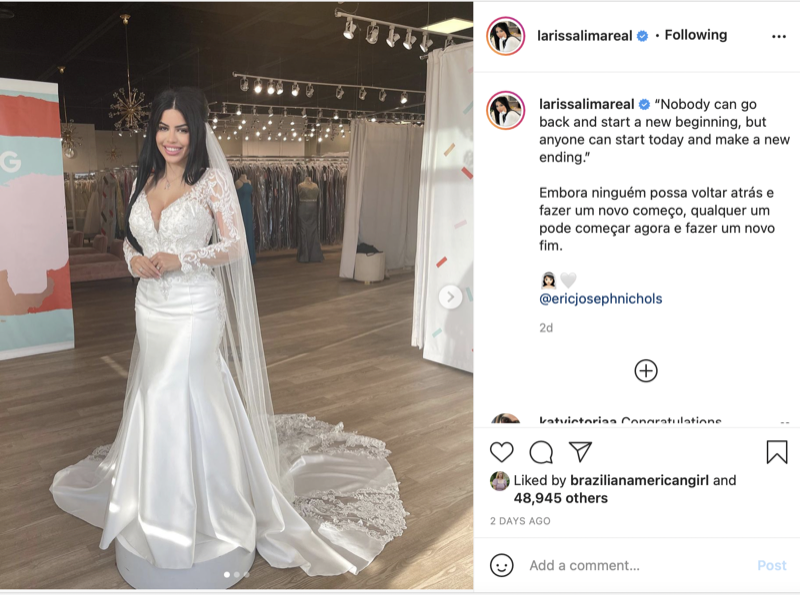 While Larissa is obviously happily moving on with her life, so is Colt. Debbie’s little boy has recently lost weight and is flaunting a slimmer look on Instagram. Colt is currently starring on 90 Day: The Single Life in an effort to find love again, but it looks like he will be settling down with Vanessa Guerra.

Let’s wish all the 90 Day Fiancé stars all the best in their future love lives.