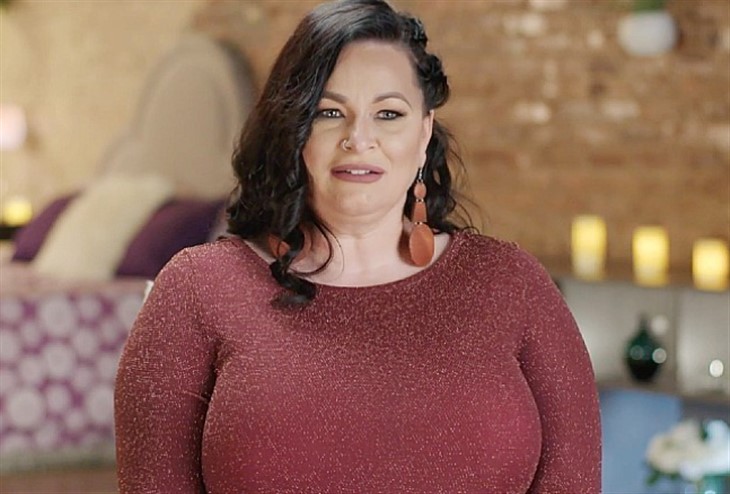 90 Day Fiancé star Molly Hopkins has found new love on 90 Day: The Single Life. However, it turns out there is a minor roadblock in their relationship. It seems Kelly Brown wants kids of their own with Molly. She says this could be a “dealbreaker” in their relationship, as it isn’t even in the cards for her.

90 Day Fiancé fans were thrilled for Molly Hopkins, 45, when she began a relationship with NYPD cop, Kelly Brown. Unlike her ex, Luis, Kelly is close to her own age and a much better prospect for the TLC reality star.

However, in an interview with Us Weekly, Molly has opened up about the fact that Kelly wants a child with her. This means that the decision of whether to have a child or not could make or break her relationship with Brown.
Dealbreaker in the relationship

Molly said this might be a “dealbreaker” for her. She said that if this is truly one of the most important things, which it has been this whole time, it is just not fair. She said she told him, “You really need to figure out how important [this is] for you.”

Molly has two daughters, Olivia and Kensley, from former relationships, but is unable to conceive another child. She said she told him straight up that she has had her annual physical and this is where they are. Molly said this is not going to change. She said Kelly loves her daughters, but it isn’t fair to her to expect her to do something that she can’t. In fact, she added, “It’s not even in the cards for me.”

Molly didn’t say adoption was out of the question for her and Kelly. However, she isn’t sure she is ready to raise another child at this point in her life. Hopkins said she is already juggling running her lingerie business with doing the show while being a mom. She believes she is doing a “really good job” at it but doesn’t want to add anything to the mix. Molly said she realizes her kid is going to be “almost self-sufficient” soon. This isn’t the time for her to try and raise a baby.

The 90 Day: The Single Life star did say her relationship with Kelly is “doing great.” She said that even though they have no child of their own, Brown has become a father figure to her children. In fact, she said even when they start talking, the first thing he does is ask how Kensley is. Molly did admit Kelly would be an incredible father.

Fans will remember that Molly was previously married to Luis Mendez from July 2017 to January 2018. However, it turned out Luis was using her to get a green card so that he could bring his true love to America.

While Molly does love Kelly, she isn’t sure she wants to get married again. Some days she is up for it, but the next day, she’s not. Molly said she never had anyone in her life that was married and stayed together for the right reasons through thick and thin. She believes if your “spiritual self is doing great,” you are married without the paper. Hopkins believes Kelly just wants to retire at this point and have fun, travel around, enjoy good food, and just “chill.”

Catch the next episode of 90 Day: The Single Life on discovery+ on Sunday.