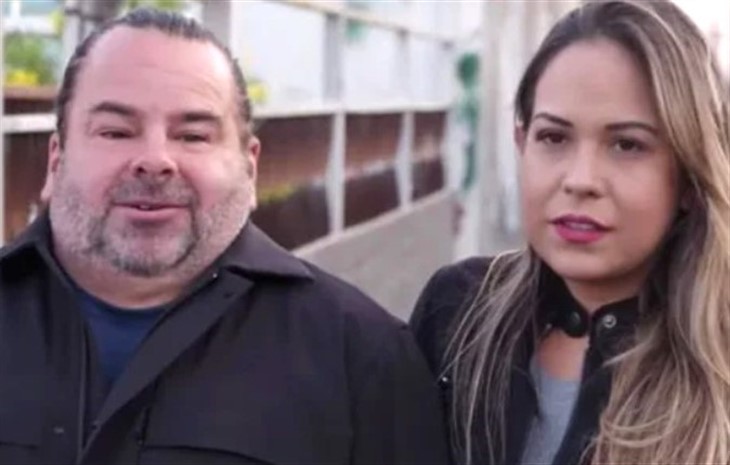 90 Day Fiancé star Ed Brown and Liz Marie weren’t planning to have a child, but they had a pregnancy scare. Ed might have renewed hope to become a father soon after Liz Marie gave him another chance to make things right in their relationship.

After Ed’s failed relationship with Filipina girlfriend Rosemarie Vega, the TLC star joined the “90 Day The Single Life” where his connection with Liz Marie has bloomed. Liz, 28, a manager in a local restaurant in San Diego met Ed after becoming a regular customer. The two started as friends, and Ed couraged up to ask her out after consulting a dating coach.

After about three dates, he asked her to be his date at a wedding where the two ended up sharing the same bed at the hotel instead of sleeping on separate beds due to issues with the hotel. That was the couple’s first intimate moment.

They became the talk of the show, especially at how fast Ed Brown had led their relationship. Not long enough, he had arranged meetings with other family members, including daughter Tiffany, to meet Liz, despite Liz’s suggestion to take things slow first.

90 Day Fiancé Spoilers – Planning To Be A Father

Later in the show, Ed revealed they aren’t planning to have children yet, but after they thought Liz was pregnant, he went to get a vasectomy to freeze his sperm if ever Liz wants kids in the future.

By the end of the season, the two have also moved in together and Ed revealed he had already chosen a ring.

Numerous viewers find Ed manipulative and narcissistic and can’t even believe someone as Liz fell for him. Liz even openly admitted she didn’t expect to love him but she did. But just when Liz was close to proving Ed’s bashers wrong, everything turned upside down.

“I was thrown in multiple situations I was not prepared for. It took me months to introduce him to my grandparents. Months for that to happen, to break up two weeks later,” she added.

Liz revealed that when things weren’t going on how Ed wanted them to be, he would throw a fit and threaten to leave her, or worst he would demand her to leave their house, especially when they fought. The spotlight was on Ed when the other participants ganged up with Liz to confront him.

The couple was confronted if producers can hope for their reconciliation but Ed took more time to decide especially that Liz expressed her condition of wanting to go to three counseling sessions together.

Agreeing with what Liz wants, viewers were expecting something good will come out for this chance but what Liz revealed shocked everyone. Ed did not stick to their plans. The TLC participant ghosted her the very next day, opposite to what he said during the tell-all.

It seems like they are over for good and so with Ed’s hopes of becoming a father, except he finds another woman who would agree to his demands.