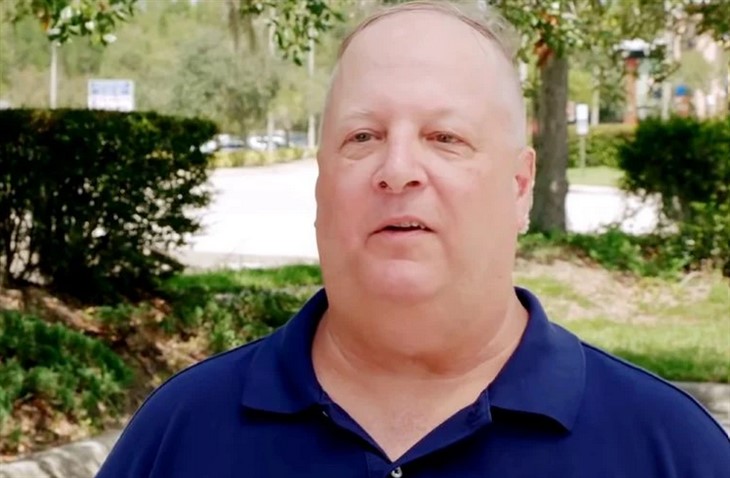 Fans met Libby Castravet’s dad, Chuck Potthast on season 6 of 90 Day Fiancé: Happily Ever After? He appeared on the show when it featured his daughter Libby and her husband Andrei Castravet. Chuck and his son Charlie became controversial figures on the show and didn’t get much sympathy from fans. However, now the senior Potthast has revealed another side of himself by posting a throwback photo for Veterans Day.

When Chuck Potthast entered the scene on season 6 of 90 Day Fiancé, he and the rest of his family became a sore point in Andrei Castravet’s life. When Libby’s husband wanted to work with his father-in-law, this caused havoc with Libby’s siblings, Charlie, Becky and Jenn. They were furious, believing Andrei would threaten their family’s home-flipping business.

Chuck did try to calm down the fights, in an attempt to bring his family back together. Meanwhile, Jenn and Becky were accused of faking the drama for a plotline in the show, while Charlie seems to be truly on the outs with his family. The arguments have made Chuck sad as he hoped the whole extended family would get along. However, despite the drama, this hasn’t stopped him from making fun posts on Instagram.

Recently, Chuck posted a throwback photo for Veterans Day. In the image, he looks fresh-faced and smart in his Navy uniform. While nowadays, no one would really consider him to be good-looking, fans were stunned by how young and handsome he looks in the post.

The post included below is captioned, “#tbt In honor of Veterans Day here’s my Navy Bootcamp Graduation Pic.”
Fans were thrilled to see the image, praising Chuck for his looks and exclaiming that he looks like a whole different person. Quite rightly, many commenters thanked Chuck for his service, praising him for his time spent in the Navy.

Other users commented on his looks, with one writing, “Still as Handsome as Ever Chuck.” Another exclaimed, “Wow! Handsome! Thank you for your service.” 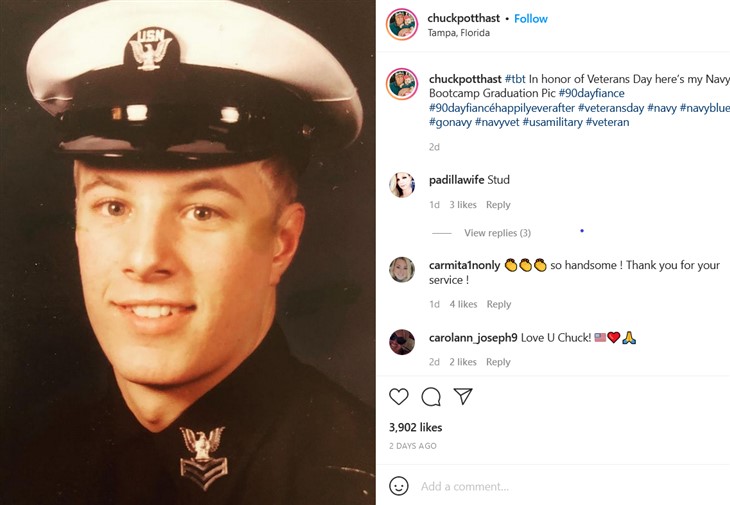 Seeing so much praise for the elder Potthast is a total departure from his time on of 90 Day Fiancé. However, while fans may be praising him for his post, Chuck hasn’t had an easy time on the TLC reality show. The plotlines were often filled with drama and arguments, with the family mainly targeting Andrei.

While some fans might be sympathetic to Chuck’s plight, the rumors that have surfaced don’t do him any favors. Some have been shared online, stating that the Potthast family business is shady. In fact, inferences were made that Chuck is a slum lord. While his daughters may have been pushing for a 90 Day Fiancé spinoff, there is no news yet and this likely won’t happen.

Fans can currently catch 90 Day Fiancé: The Other Way on Sundays at 8 pm ET on TLC. On top of this, season 2 of 90 Day: The Single Life dropped on Friday, November 12 on discovery+.

Is Sister Wives Christine Back In Flagstaff To Film The New Season?