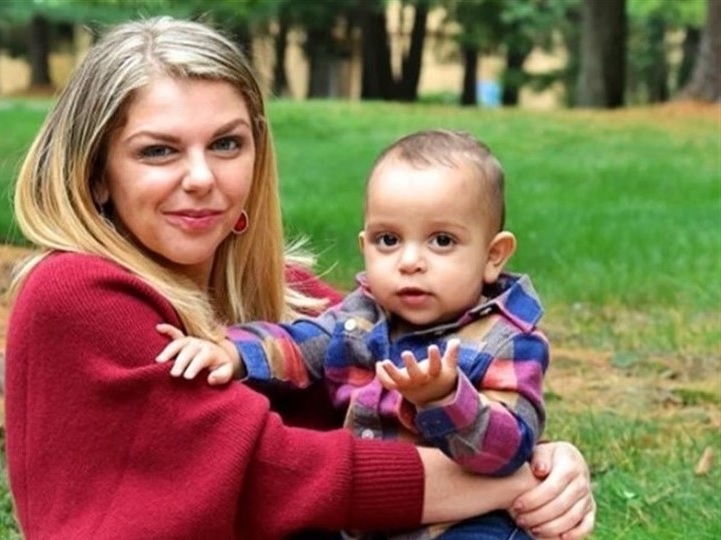 90 Day Fiancé: The Other Way Season 3 is coming soon and a teaser has revealed some shocking news. Ariela Weinberg’s ex-husband Leandro is visiting her and Biniyam Shibre in Ethiopia. While this might sound like a perfect example of three’s a crowd, according to Ari, it’s really not a big deal.

90 Day Fiancé: The Other Way star Ariela and Leandro

Ariela Weinberg told Us Weekly that she and her ex-husband, Leandro are still great friends. She added that they have a great relationship and he’s really involved in her life. According to Ari, Leandro still talks to her family and is involved in “family holidays and stuff.”

Ariela met Leandro in his native country of Argentina more than a decade ago. It turns out they were married for 10 years prior to their divorce in 2018. When the 90 Day Fiancé star was asked why they split, she could only say there isn’t a “clear-cut answer.” However, she did say the reasons for their divorce will be explained further on the show.

Ariela did say there were many things that led to the divorce, including the fact that she was really young when they got married. She said she was 19 at the time and Leandro was 20 or 21.

How will Biniyam react to Leandro’s visit?

Ari doesn’t know how her fiancé, Biniyam, 32, will feel about her former husband coming to visit. When Biniyam was asked if he thinks he will become friends with Leandro, Shibre replied, saying he wasn’t sure.

Ariela staying close to her ex-husband

Ariela knows that some 90 Day Fiancé viewers might find it odd that she has stayed so close to her former husband. However, she says it has been easy to do, because they didn’t have an acrimonious breakup.

“I don’t tend to blame the other person when things don’t work out,” she said. “Our relationship didn’t end in a terrible way.” On top of that, Leandro is ready to travel a long way to visit her, which is reason enough to invite him.

According to Ariela, Leandro has always wanted to visit Africa and, of course, he hasn’t met her baby son, Avi, yet. She said she has lived a lifestyle where she has traveled a lot and it isn’t always easy to keep friends. Ari told Us Weekly, if you do get a friend who is willing to travel to Ethiopia, you had “better keep that friend.”

Season 3 of 90 Day Fiancé: The Other Way debuts on TLC on Sunday, August 29, at 8 pm ET. Every episode is then available to stream on Fridays on discovery+.

GH Spoilers Tuesday, August 24: Peter August Is Alive…What Will He Do Next?