GH Spoilers Tuesday, August 24: Peter August Is Alive…What Will He Do Next? 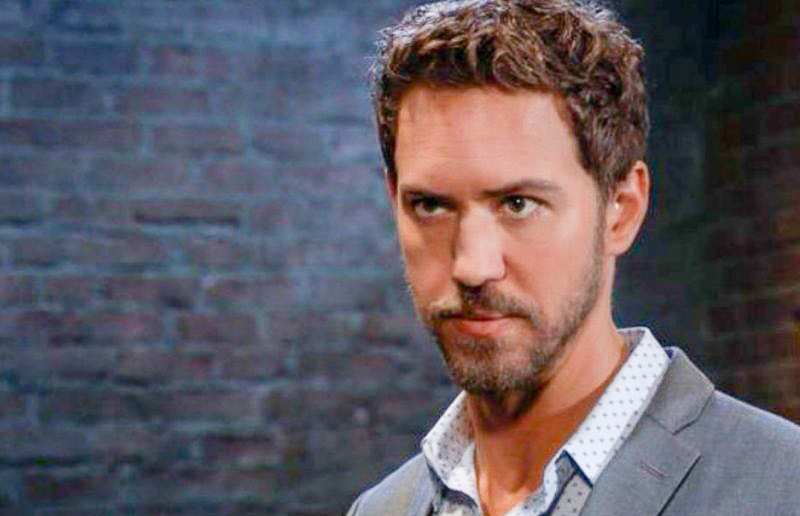 General Hospital (GH) spoilers for Tuesday, August 24, 2021, reveal Peter August walking alive and free around Nixon Falls. It’s the greatest disappointment GH has given fans in years and now we have to deal with it.

We all saw it coming but didn’t want it to be true. Peter August (Wes Ramsey) is not really and most sincerely dead and Hamilton Finn (Michael Easton) should never, ever be allowed to call time of death again on any patient. Apparently, he has been following Maxie (Kirsten Storms) around and is now in Nixon Falls. It also looks like he encounters Nina (Cynthia Watros) tomorrow and she is completely freaked out.

GH spoilers say that Sonny (Maurice Benard) meets someone new and we’re sure that’s Peter. Later, when he sees Nina’s face he asks her if she’s seen a ghost.

Maxie Jones Back In Port Charles

Meanwhile, Maxie gets to the New York side of the river pretty quickly and makes her way to the Metro Court where she hears all about Jason (Steve Burton) and Carly’s (Laura Wright) engagement. Carly wants a big spectacle of a wedding (of course) and Maxie wants to know how she can help her plan.

This looks like as good a project as any for Maxie to keep her mind off the baby she hid with Brook Lynn in Monica’s (Leslie Charleson) house.

Will Willow Tell The Truth?

Over at Monica’s house, Willow’s (Katelyn MacMullen) guilt is overwhelming her and she readies herself to tell Chase (Josh Swickard) the truth. Will she be able to do it? Something always keeps her from coming clean. Will it be Chase this time, just to play with her head?

Elsewhere in the house, Brook Lynn (Amanda Setton) has a few things to say to Austin (Roger Howarth) and warns him that there is no way he will get a dime of the Quartermaine money.

Sam McCall Is One Determined Woman

Sam (Kelly Monaco) is obsessed with finding Drew Cain (Cameron Mathison) now that she’s sure he is alive. She also imagines what life could be for Scout — and herself — if he is found. Does this mean she is dumping Dante (Dominic Zamprogna) already? And just where is Drew located anyway? Stay tuned to General Hospital weekdays to see how these stories play out.