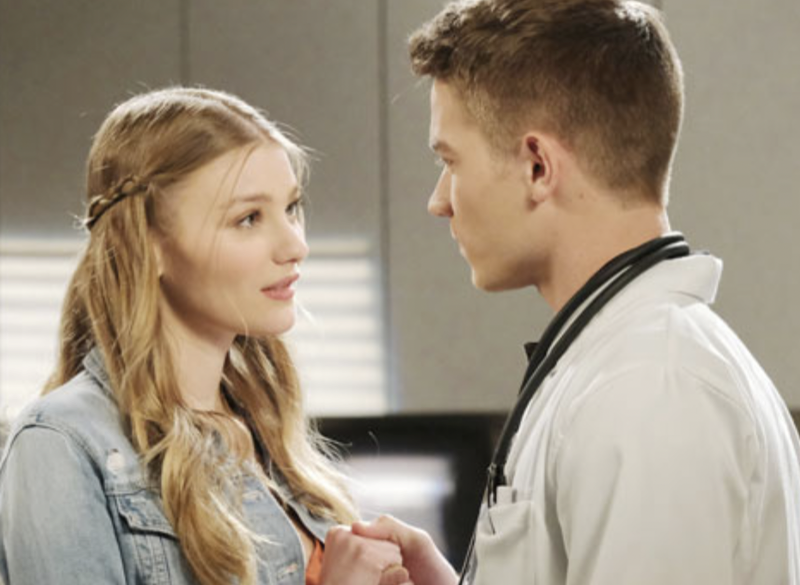 Days of Our Lives (DOOL) spoilers for Tuesday, August 24, 2021, reveal in Salem Tripp putting his heart on the line — but will he get the results he wants?

Days of Our Lives Spoilers: Tripp Dalton Is Madly In Love

Clearly, Tripp (Lucas Adams) has felt something for Allie (Lindsay Arnold) since he met her. He asked her to dance in that London club and when he saw that she was too drunk to get herself home on her own, he helped her. When he spotted her in Salem, he wanted to be friends but Allie thought he was the one who raped her so it was a no-go.

The two have been taking it slow since Allie realized he wasn’t the one who raped him but they had a little hiccup when Allie started developing feelings for Chanel (Raven Bowens). Allie said she was choosing Tripp and now he’s ready to say those three little words. On Tuesday, Tripp puts it all on the line and tells Allie he is in love with her and she doesn’t look like she returns those feelings. Is Tripp about to have his heart broken again?

Gwen (Emily O’Brien) and Xander (Paul Telfer) have been living off of Jack’s (Matthew Ashford) hospitality for months. He’s not going to tell his bestie and his newfound daughter to find a place to live when he has plenty of room in the Horton house. Of course, he did not expect them to hide a dead body under the couch at one time.

All their secrets and lies have bonded Gwen and Xander to one another and it’s been clear they’ve been developing feelings. It looks like they may actually act on those feelings. Will Julie (Susan Seaforth Hayes) or Jack walk in on them and be absolutely horrified by what they see?

Paulina (Jackee Harry) is just full of secrets although she came clean about her plans for Price Place right in Horton Square. The project is not happening and she alienated several people, including Lani (Sal Stowers) and Abe (James Reynolds). Lani was able to forgive, but Abe is having a harder time.

On Tuesday, he inches closer to this woman he has feelings for and his heart might be softening. But just wait until he gets wind of her other secret. Stay tuned to Days of Our Lives weekdays to see how these stories play out.