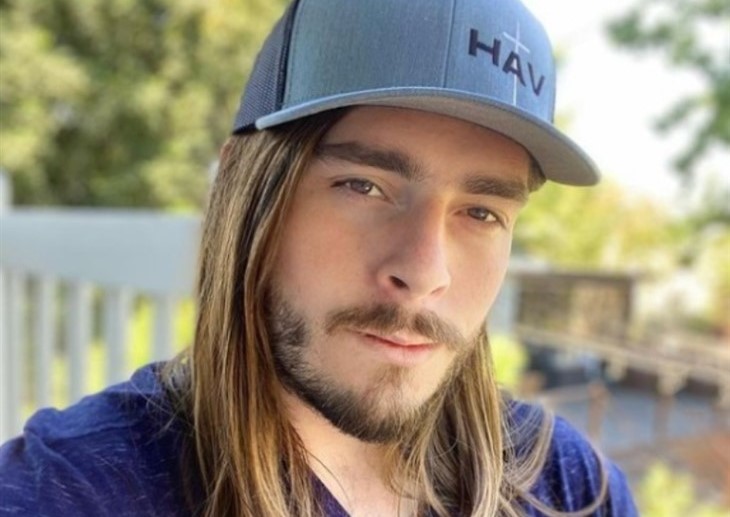 Let’s face it, 90 Day Fiancé fans hate Andrew Kenton, saying he gaslighted his former girlfriend, Amira Lollysa. His apparent lack of empathy for Amira drew plenty of hate, while the beautiful reality TV star struggled to travel to America during the COVID-19 pandemic. However, while most fans hate Andrew, he does have his supporters and maintains to this day that TLC gave him a bad edit on the show. He is taking things one step further by opening his own YouTube channel with some very surprising content.

Andrew Kenton starred in Season 8 of 90 Day Fiancé and fans first met him as the handsome “daycare dude.” Things looked hopeful for Andrew as he revealed images on Instagram, taken at his daycare center. Just his Instagram handle said it all at that time, @kinddragondrew.

However, Kenton soon lost fans for his apparent lack of empathy for his ex, Amira. While fans of the TLC reality show rally against him, Kenton keeps insisting that he isn’t as bad as he seems. In fact, he maintains he received a bad edit by TLC and this was clear from his frustrated appearance on the Tell-All.

Andrew recently posted on Instagram to announce his new YouTube channel, urging his supporters to check it out. So far, there is only one video in his playlist, but it is certainly surprising.

In the caption for his first YouTube video, Andrew writes, “Welcome to KindDragonDrew’s new series where we break down every aspect of 90 Day Fiancé. From editing tricks to narrative tools KindDragonDrew will give you a behind-the-scenes look on how the 90 Day cultural phenomenon is made.” This YouTube Channel will obviously take both his fans and haters beyond the show’s Tell-All.

In the first video, included here, he promises to take his introductory scenes and explain how TLC developed the formula for “Cringe.” It looks like this is only the first in a series of videos, set to educate his followers on how he became so hated on the TLC reality show.

TLC has been accused in the past of scripting and editing the various seasons of 90 Day Fiancé. It is clear that with his YouTube channel Andrew wishes to stand up for himself and defend his character. However, he also wants to educate viewers on how TLC isolates certain people and creates a specific narrative to suit their own agenda.

It is unlikely that Andrew Kenton will ever star on the TLC reality network again – it is certainly clear that he wouldn’t want to. In his initial video below, he starts to outline what 90 Day Fiancé fans and haters should watch for when viewing the footage. He points to various scenes on the so-called “reality” show, explaining how many days they took to film, among other interesting tidbits, like editing what he actually said.

Enjoy Andrew’s introductory video exposé of 90 Day Fiancé below. Drop us a comment with your feelings (positive and negative) on Kenton’s dialog and the TLC network itself.