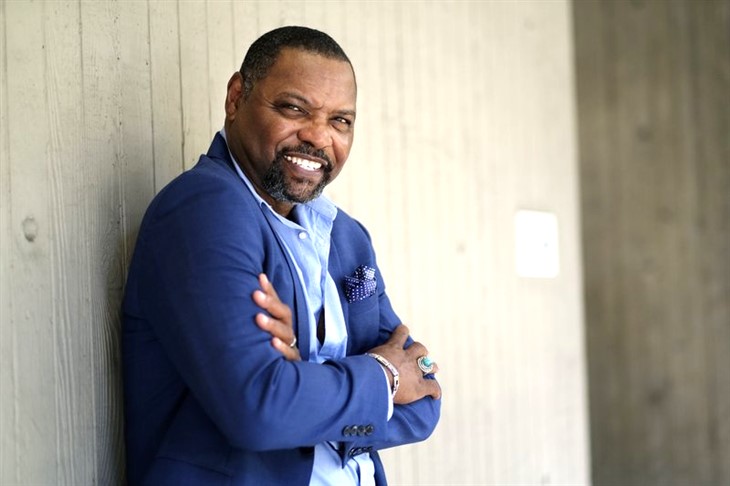 The Bold and the Beautiful (B&B) spoilers and updates tease that Petri Byrd has joined the cast of the soap as the officiating officer at Steffy Forrester (Jacqueline MacInnes Wood) and John “Finn” Finnegan’s (Tanner Novlan) wedding. He’s scheduled to make his appearance on August 5.

Fans may recall Byrd as the Bailiff on the CBS network court drama, Judge Judy. He’s appeared on various movies and TV shows. He’s also a stand-up comedian and has voiced over many commercials.

In the week of August 2-6, Finn will make a shocking adoption confession to Steffy. He’ll reveal that his parents adopted him but consider Jack Finnegan (Ted King) and Li (Naomi Matsuda) as his real mom and dad. He grew up in a loving family even if his parents were busy with their careers. Finn’s parents will be coming down and spoilers hint that there will be tension within the family and Steffy will be caught in the middle.

During the week of August 9-13, Finn will be enraged when the wedding reception turns into chaos. His parents are set to cause some drama that will derail his big day with Steffy, and it’ll leave him fuming.

Steffy may also ask Hope Spencer (Annika Noelle) to be her matron of honor. If the latter accepts, does this mean they’re both ready to put their old rivalry to rest Elsewhere, Quinn Fuller (Rena Sofer) and Carter Walton (Lawrence Saint-Victor) won’t be invited to Steffy and Finn’s nuptials.

It’s not surprising that Quinn isn’t invited given that she cheated on Eric Forrester (John McCook). Eric wants to finalize the divorce as soon as possible and Quinn has no plans to fight it. Quinn will seek out Eric, which will enrage Brooke Forrester (Katherine Kelly Lang).

Quinn will acknowledge that she’s hurt Eric and may ask for his forgiveness. But this time, it doesn’t seem like she’ll beg Eric to take her back. Eric will be surprised by his soon-to-be ex-wife’s new attitude and he’ll wonder why.

Eric may even start to think that Quinn is planning a scheme since he’s gotten used to that. But she has finally made peace that her marriage is over and no longer wants to cause Eric more pain.