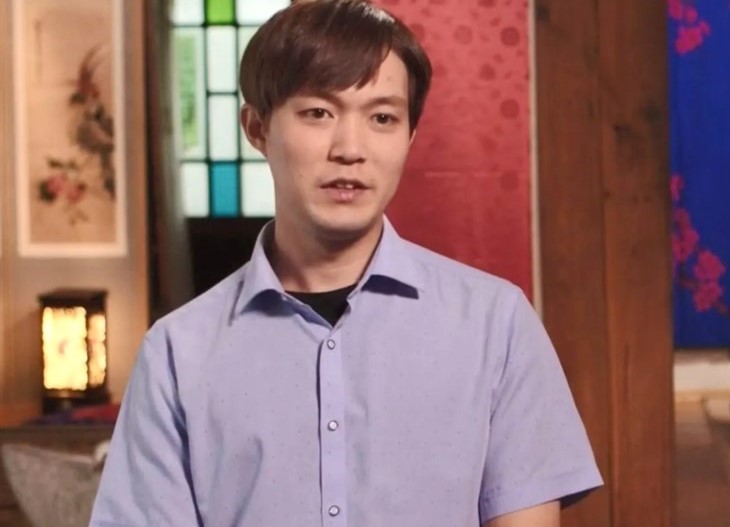 90 Day Fiancé spoilers tease that fans are impressed with Jihoon Lee’s improved English they have noticed in recent Instagram videos. The former 90 Day Fiancé-The Other Way star has been on a mission to improve himself, and becoming more fluent in English has been part of it.

Jihoon has been working hard at self-improvement, and his Instagram videos show it. Even though he looked sad and tired in a recent video where he thanked his fans for donating money for the custody battle he is fighting over his son with Deavan Clegg, Taeyang, his English has improved dramatically.

He did not need a translation device or any help to be understood perfectly, and he looked very handsome with his new curvier lips and model-like appearance. He made the video with his dog, Bbakki, and said he had just woken up and was getting ready for work. He was trying to think of ways to thank his kind fans and supporters, and has started working on a new project for them.

He didn’t give a whole lot of details about the new project, but he certainly did it fluently in English. Many of those kind fans and supporters thought he looked great in the black sweater he was wearing at the time. Fans were very appreciative of his much-improved English and made sure that he knew it. He made a few minor mistakes but they were barely noticeable. Many commented of a marked improvement and complimented him for it. In a world where more and more jobs require speaking more than one language, Jihoon’s newly acquired fluency in English will certainly be a plus.

As most 90 Day Fiancé-The Other Way viewers know, Jihoon and Deavan have long been separated, Deavan having left South Korea before the pandemic began and taking Taeyang with her. She originally told Jihoon that it was a vacation to visit her family in Utah but she never returned. They didn’t have a mutual separation and they are embroiled in a custody fight over Taeyang, now a toddler.

Jihoon has said that Deavan is not allowing him any sort of contact with his son, and so far the Go Fund me has raised $12,000 of the $50,000 he will need for legal fees since creating it in December, 2020. Those who keep up with Jihoon’s life know that he is now living independently and has a job, and also set up a You Tube channel.

Deavan has moved on with another Korean man, Christopher Park, who goes by Topher, with her divorce from Jihoon not even being completed. Complicating his end of the custody battle have been the allegations that he was abusing her daughter Drascilla while they were still living together in South Korea in their little apartment, and abusing their small dog as well.

Deavan has claimed he pulled out clumps of Drascilla’s hair and she has been traumatized, and that he threw the dog across the room, although that cannot be substantiated as yet. Some of her supporters still clap back at him for the allegations which are mainly roundly ignored.