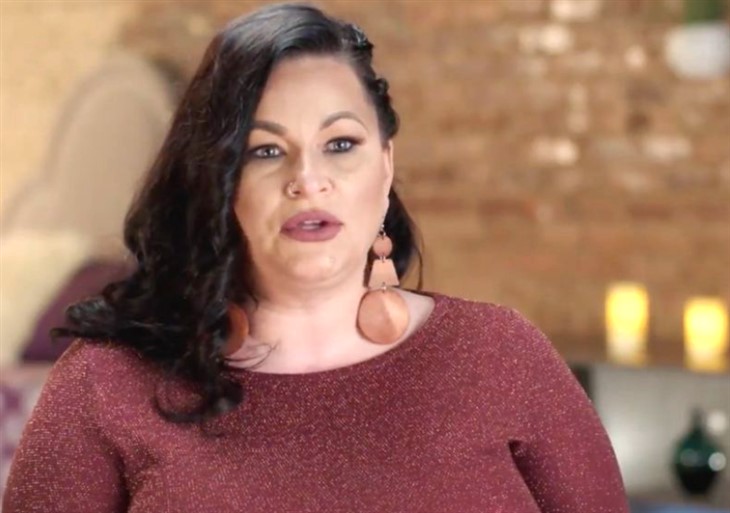 90 Day Fiancé spoilers tease that Molly Hopkins has someone new in her life now that she’s free of her Luis Mendez baggage. Molly is back on the 90 Day Fiancé Discovery+ spinoff, 90 Day: The Single Life.

90 Day Fiancé fans will remember that Molly, 41 at the time, was dating Luis, 26. She was from Woodstock, Georgia and he was from the Dominican Republic. She met him on a trip she took there in a bar where he was a bartender and a whirlwind courtship ensued, with them becoming engaged after not knowing each other for even two months. She brought Luis to her on the K-1 visa, and they got married in 2017. However, the marriage seemed doomed to failure when she filed for divorce after only being married for six months, because of issues of him not getting along with her two daughters and not wanting to even try to be a proper stepfather to them.

This is one very important thing for any single parent to consider when they are dating, let alone marrying. Single parents must make sure that for one, the person who is interested is interested in them, not their children. Too many child predators are on the loose and sometimes it is too late by the time the parent finds out. For the other, even if the person they are dating does seem to be normal and their interest and attraction is to them, they must be accepted by the children and they must get along! Rushing into things as a single parent or even if one is not a parent is not always a good idea!

Molly is dating a new man, and on 90 Day: The Single Life fans will get to hear all about her new squeeze Kelly, a forty-one year old cop from Brooklyn! When she first appears on the show she is wearing a lingerie like dress and pulling pearl necklaces out of her bra as she video chats with him. She describes Kelly as “so amazing” and tells the TLC cameras they have met, and she has taken a strip to New York to see him. He showed up clean, clothing ironed, in a nice car, and acted a perfect gentleman. He opened doors for her, paid for her dinners, and bought flowers for her. They spent close to three days together and Molly never regretted her trip to New York to meet and spend time with Kelly. Kelly will be coming to see Molly in Georgia for a few days, and she is excited. She receives a bouquet from him while at work in her store, “Livi Rae Lingerie” that she owns with Cynthia Decker.

The note is signed from “Your Brooklyn Boo, Kelly”. Cynthia is protective over Molly, however, and still cautions her to take it slow after what happened with Luis. Cynthia is wary, even though Molly thought every man she met from online was amazing, it is hard to judge someone you only know from online and it can be scary. Cynthia cautions her not to rush into things and to know Kelly better than she did Luis and others, even though she admits Molly doesn’t usually listen to her advice! Molly will join Big Ed Brown, Colt Johnson, Fernanda Flores, Brittany Banks and Danielle Mullins as they start dating again on the new show.