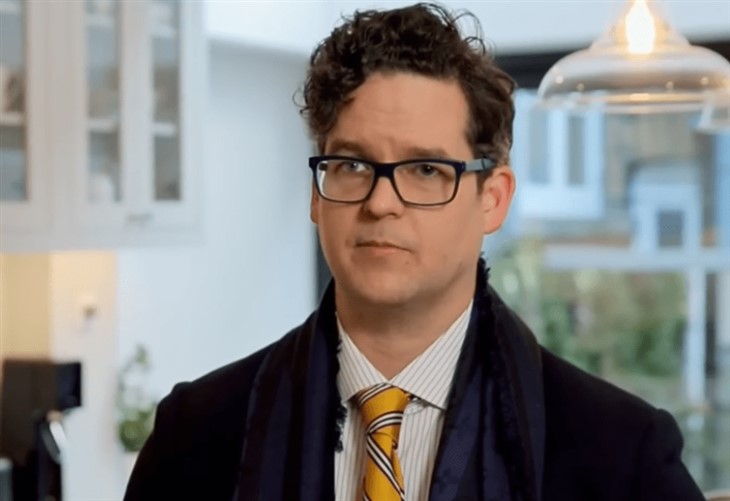 90 Day Fiancé spoilers tease that Tom Brooks has it bad for his new love, Mariah and shared it on an Instagram post featuring a mystery woman that he is “besotted with” – British lingo for “he’s got it bad”. The 90 Day Fiancé star seems to have a type although he denies it – and she resembles other 90 Day Fiancé alumni including his ex, Darcey Silva and former 90 Day Fiancé star Larissa Dos Santos Lima!

Not much is known about the mysterious Mariah, but her Instagram account is private, and only a few days old. Her Instagram handle has “TV” in it so perhaps she is in a reality show as well, probably a British one. She doesn’t appear to be associated with TLC or the 90 Day Fiancé franchise, however, at least not yet. Possibly on a new spinoff, one never knows! Tom has been known to go after ex-girlfriends and other TLC stars in the past.

She is a gorgeous brunette. Fans can no longer access Mariah’s Instagram without her approval, although when it was accessible she had plenty of photos of her and Tom together so they’ve been together for more than three or four days! Both Tom and Mariah are glamorously dressed for the photo, where she wears a beautiful floral print blouse and he donned a navy blue blazer with a baby blue shirt and handkerchief placed stylishly in the blazer pocket, with his shirt slightly open at the neck. Tom indicates with his comments that she might be “the one”, and describes her as the love of his life and used the phrase “when you know, you know!” After all the ups and downs with his previous romances, it certainly does look like he’s smitten – are those puppy dog eyes he’s displaying? Mariah looks every bit as “besotten” as he does in the photo as well! 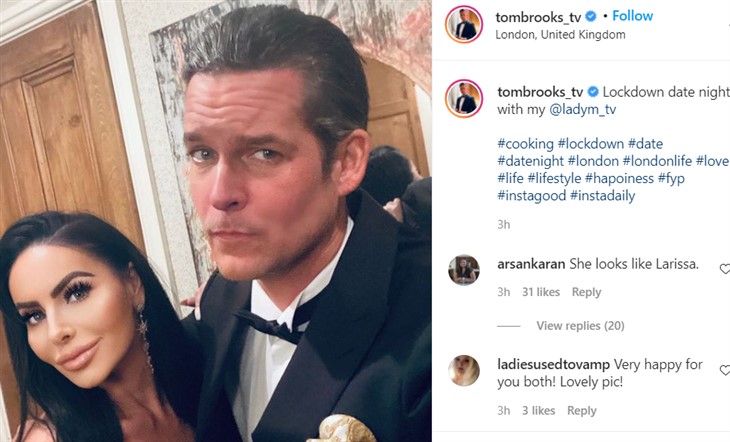 Fans of the 90 Day Fiancé franchise took to commenting on the post, and didn’t hold back! Most comments were polite and positive, with some of them noting Mariah’s exotic beauty. Most agreed they make a smashingly good looking couple, and one agreed she was a huge upgrade from Tom’s past paramours. 90 Day Fiancé fans on Reddit, however, made some rather blunt comments and comparisons, and noted similarities between this latest girlfriend and his previous ones. Quite a few decided that Mariah looks like she’s had plastic surgery, and botox lip fillers. One thought Mariah used the same plastic surgeon as some of Tom’s exes – referring to Darcey Silva. One commented “Darcey Lohan” referring to Lindsay Lohan for the last name, another thought it was Deavan Clegg’s latest “face tune attempt.”

One displayed shock, and commented Tom was definitely attracted to women who are addicted to plastic surgery and messing with their faces, and a few thought Mariah looked like the woman who Stacey Silva’s husband Florian Sukaj fooled around on her with! One asked if she was the girl who harassed Stacey, and Tom answered that question with no, she is not Shanti Zohra and posted Mariah’s Instagram handle. Perhaps that is why she made it private, because she was getting too many accusations from Tom’s fans and perhaps some who hoped he and Darcey would get back together in spite of the fact that she married Georgi Rusaj! We would hope that Tom’s fans would just be happy for him!