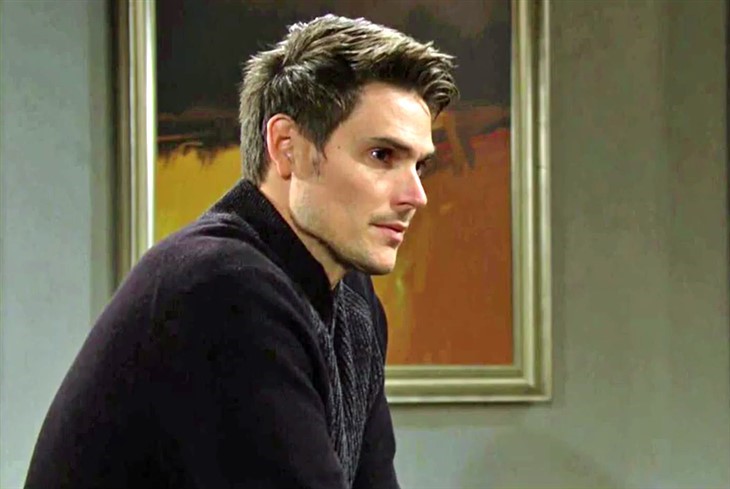 The Young and the Restless (Y&R) spoilers document that in Genoa City, Wisconsin Victor Newman (Eric Braeden) has never truly backed off his support for Adam Newman (Mark Grossman), even when they’ve been diametrically opposed to each other. Now, with a rapprochement having occurred in recent months, it appears as though Adam will be offered a job at Newman Enterprises.

Actually it would be accurate to say that Adam will be once again offered a position within the family company where he’s worked, on and off, through the years. The broken Newman Enterprises’ resume that Adam sports is somewhat similar to his siblings, Nick Newman (Joshua Morrow) and Victoria Newman (Amelia Heinle). The difference being that Nikki Newman’s (Melody Thomas Scott) children haven’t committed nearly as many dastardly deeds as Adam has.

Seeing her father provokes uncertainty. That’s one way to describe the reaction Victoria has whenever she sees her father unexpectedly appear in the office that he infamously headed for many decades.

Victor’s recent appearance in the Chief Executive Officer’s office, that Victoria successfully secured in the recent past, was ominous. The Chairman emeritus was there to notify his first-born that he was pursuing a media company acquisition.

There is no doubt that Adam has fully earned his duplicitous reputation. It wouldn’t be right to simply say that he projects his father’s worst traits.

There seem to be no remnants of Hope Wilson (Signy Coleman) left inside Adam’s mind and heart. Consider how he’s treating Chelsea Lawson (Melissa Claire Egan), who is the mother of his child, Connor Newman (Judah Mackey). She’s the woman he claims to love, but had kidnapped, which led to her having a stroke and being incapacitated.

The Young And The Restless Spoilers – Adam Newman Benefits From Low Expectations?

Adam appears doomed to lose Chelsea. Whether he gains Sharon Rosales (Sharon Case) or not, it’s possible that Adam will defy low expectations at Newman.

Assuming that Victor makes him head of Locke’s acquired media division, Adam could do well and give no legitimate cause for concern. Sure, Victoria wouldn’t trust him regardless. But Adam would prove himself to Victor.

If Adam calculates that it’s to his advantage and the timing is right, he’ll be back at Newman. Meanwhile, all Newman’s beyond Victor will be rightly concerned.