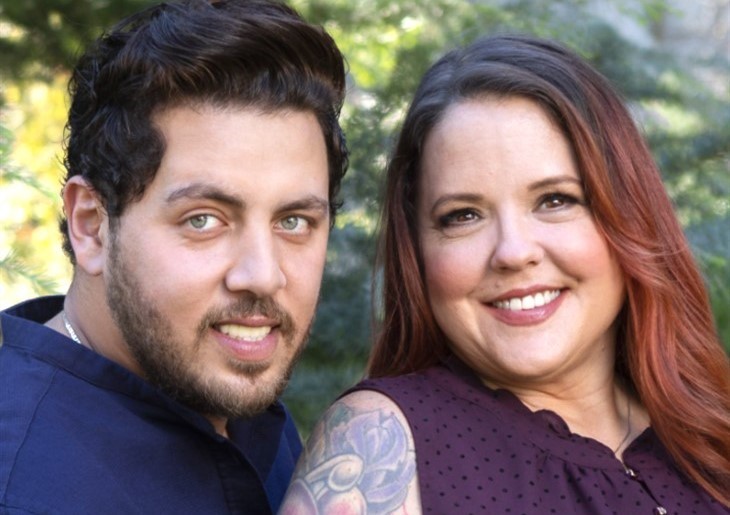 90 Day Fiancé spoilers tease that Zied Hakimi wants to make sure that he and Rebecca Parrott are married before Ramadan, an important holiday for Muslims. 90 Day Fiancé viewers already know he only has 90 days on his K1 visa, so he is putting the pressure on Rebecca to marry soon!

In a promo video for an upcoming episode of 90 Day Fiancé, Zied is tense and frustrated as he lays down the law to Rebecca about the timeframe in which they must marry. Anyone with a K1 fiancé visa has ninety days within which they must marry, or they must return to their home country. But in Zied’s case, he is Muslim. So the marriage must be completed before Ramadan, they cannot marry during the Ramadan holiday. He tells Rebecca that he has never seen anyone marry during Ramadan. Rebecca then speaks to the cameras and explains what Ramadan is. Rebecca then speaks to the cameras, and explains how important the holiday is to Muslims.

It is their biggest holiday, and all of a sudden Zied just springs it on her that they cannot marry during Ramadan. Rebecca continues, saying Ramadan starts in the next few weeks (as of when the scene was filmed) and lasts about a month. Rebecca doesn’t understand why Zied waited until then to bring this up. They continue discussing the matter as they sit on their living room couch in front of a fireplace. She clarifies the timeframe with Zied that Ramadan is coming up in one month. He answers in the affirmative. Rebecca clarifies further, saying that if they do not marry quickly, he will have to go home. He again answers in the affirmative

Rebecca turns to Zied, and tells him that his timeframe won’t work. She is very clear with him that she will not marry him before Ramadan to accommodate his holiday because that is not what she wants. He looks disappointed as she asks him what does she want him to do? Zied reminds Rebecca that his K1 visa, which is only good for ninety days, runs out one week after Ramadan. He tells her again it runs out one week after Ramadan for emphasis.

Zied continues, talking now about the Covid 19 travel restrictions and what if everything is locked down still? What will he do then? It seems like a choice between marrying either before Ramadan, during Ramadan, or only the week after Ramadan when his K1 visa expires which really magnifies the time crunch they have in which to marry! Rebecca looks at him a minute and then tells him not to raise his voice at her! Confused, Zied asks her “what?!” Rebecca raises her voice and tells Zied he is talking loud to her like that! Zied says yeah, ok, he’ll stop talking loud at her.

He brings up marrying before Ramadan again, and says if he doesn’t marry her before Ramadan, they can no longer stay in one home and he cannot see her all day. Either he has to be outside and she in the house or the other way around. He suggests she stay with her mother. She asks where will he go then? He doesn’t know. He repeats about her staying with her mother. He tells her if she wants this, meaning to marry him, and then she interrupts. She asks again for clarification, and asks if he is telling her that she can’t sleep in her own home unless she marries him before Ramadan!

He says yes. He understands this is new for her. He explains this is normal in the Arabic world and normal for him. Rebecca says no problem, she doesn’t care! Rebecca, upset, asks Zied why he didn’t tell her any of this before coming over to America? He becomes frustrated and talks about his visa again. He didn’t know the visa would come one month before Ramadan! Zied tells Rebecca that is why he didn’t tell her. Frustrated, he throws his hands up in the air and asks her what is he supposed to do? He is in America with her now – he doesn’t know. She says she doesn’t know either!