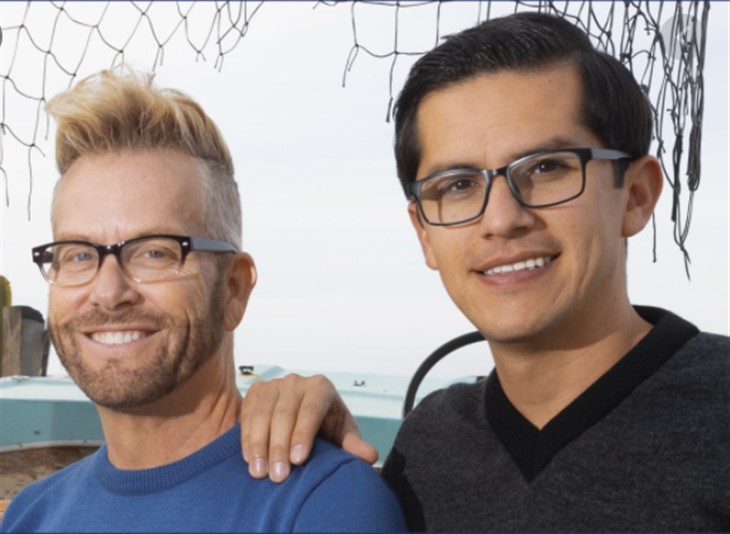 90 Day Fiancé spoilers tease that Armando Rubio reveals that he and Kenny Niedermeier packed on some pandemic pounds after the end of the last season of 90 Day Fiancé-The Other Way!

Armando was a little hesitant to tell the behind-the-scenes secret because he thought Kenny would kill him, but at the end of the season they had to film “pick up” interviews. These “pick-up” interviews had to be filmed in the same clothing that they wore in all the previous interviews, and lo and behold, their shirts were too tight! They couldn’t even button them up, but luckily a crew member came up with a quick fix – they cut the backs of the shirts so they would be looser and they looked the same from the front. It ruined the shirts, but it worked for the cameras!

If they wanted to keep the shirts that badly they could just wear them under suit coats, and no worries for pandemic pounds for those anyway because who wears suit coats buttoned up unless they’re at a funeral or working at a bank? Kenny really didn’t mind the story coming out since so many people have the dilemma of “pandemic pounds!”

When people are stuck at home, frequently stuck inside, and cannot get to gyms and maybe eat more things they shouldn’t because of supply chain problems, depression, and other reasons, weight happens! Most anyone can relate to that problem unless they have home gyms, which Kenny and Armando don’t! Armando wanted to know if any of their fans could relate to the pandemic pounds syndrome!

According to the feedback Armando received to his question, most 90 Day Fiancé viewers could definitely relate to the weight gain issue. One spoke out for many, saying that many could relate while others said they could relate all too well! One said a lot of people would need post-lockdown adjustments to their clothing, and one, thinking positive, said 2021 would give everyone a chance to get back into shape. Some fans said they were literally rolling on the floor laughing finding out Armando and Kenny’s so common dilemma!

At least one said it was hilarious, referring to the cutting slits down the back of the shirts, while another one said it was a genius idea! Yet another praised Armando and Kenny for keeping it real and relatable. To their credit, Armando and Kenny seem to be very down to earth and didn’t mind talking about the behind-the-scenes intentional wardrobe “malfunctions” at all!

One person called it “happy weight” and another said it meant they are living and loving well, not to mention the people who thought they were always eating such delicious looking food-that is, when Kenny is not being picky! Perhaps during the pandemic, Kenny learned not to be so picky! Many people have suffered from the pandemic pounds syndrome during the past twelve months or so, so Kenny and Armando are certainly not an isolated case!