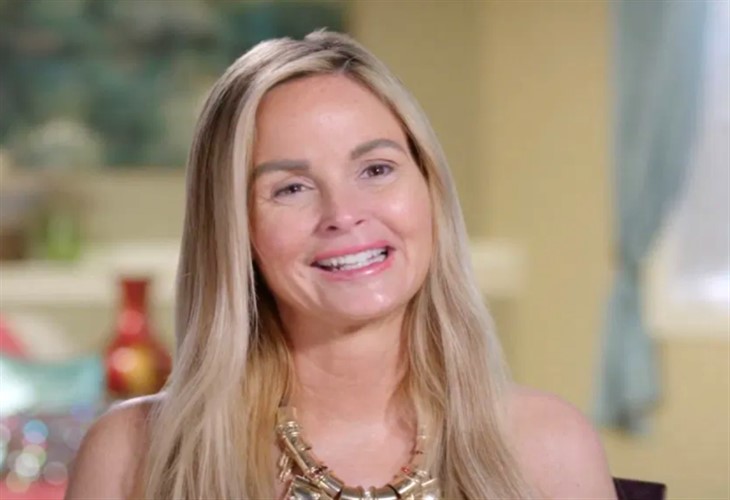 90 Day Fiancé spoilers tease that Stephanie Davison broke up with Ryan Carr, and then called his cousin Harris on the most recent episode of 90 Day Fiancé!

90 Day Fiancé fans will recall how things have been awkward between Stephanie, 57, and Ryan, 27 since she arrived in Belize after being separated from him for ten months because of covid restrictions. She had given Ryan a ring of her mother’s so he could properly propose to her, and then get a K-1 visa to come to her in Michigan. However, the two have some huge trust issues with one another. Stephanie wouldn’t believe that Ryan could be faithful to her for the ten months they hadn’t seen each other because she had previously caught him texting many other women.

Ryan, on the other hand, got tired of Stephanie’s distrust of him and her questioning him. He did, surprisingly enough, forgive her after she came clean to him about having slept with his cousin Harris when she had previously broken up with Ryan. Many men would not have given her a second chance after a faux pas like that! But as messy as things have already been between Stephanie and Ryan, they became even messier when she dramatically broke up with Ryan only to immediately give Harris a call! What could she even be thinking? Does she not realize that two cousins are going to talk to each other? On the other hand, it doesn’t say much for Ryan and Harris’ relationship if Harris will sleep with his cousin’s ex-girlfriend!

Stephanie broke up with Ryan over of all things, safe sex issues! She had insisted on his using a condom because she didn’t trust that he hadn’t had sex with other women, and he refused to use one. He left the hotel after she blew up and said to the cameras that Stephanie had been trying to embarrass him. Stephanie told the cameras that he blew it and she wouldn’t give him another chance. She was livid as she continued her expletive-filled diatribe, claiming to be very forgiving but saying he could basically take a long walk off of a short pier when she was being lied to, and that was how she was looking at it!

Ryan, on the other hand, told the producers on camera that he hadn’t done anything wrong. He said Stephanie was crazy! He continued, telling how she never trusts him, and on every trip she brings condoms and they never use them and she complains she doesn’t trust him. Then Stephanie called him later and broke up with him over the phone, saying she was going to find another man in Belize! She accused him of being lower than low, that he could crawl under a building! Then she asked why – does he hate her so much that he won’t give her peace of mind by practicing safe sex? Then she bragged about all her nice boudoir wear and watches and tons of clothes! To add insult to injury, she called his cousin

Harris to complain about Ryan and Harris got flirty with her. She wanted him to come see her and he agreed, before their phone connection died. She continued to explain on camera how since Ryan is gone – (she’s the one who dumped him, not vice versa!) she needs a good solid friend and Harris, his own cousin, is it. She continued, saying Harris had always warned her about Ryan, and she wouldn’t listen, and now her life was a dumpster fire! Stephanie also called her psychic friend back in Michigan, whose psychic opinion was that Harris cared about her but with ulterior motives! Harris himself had appeared virtually on 90 Days Bares All and confessed to producers that Stephanie had always been flirtatious with him. He said he fully intended to sleep with her should the opportunity arise again, and felt no guilt or regret. He also claimed Ryan treated her poorly! Some cousin!