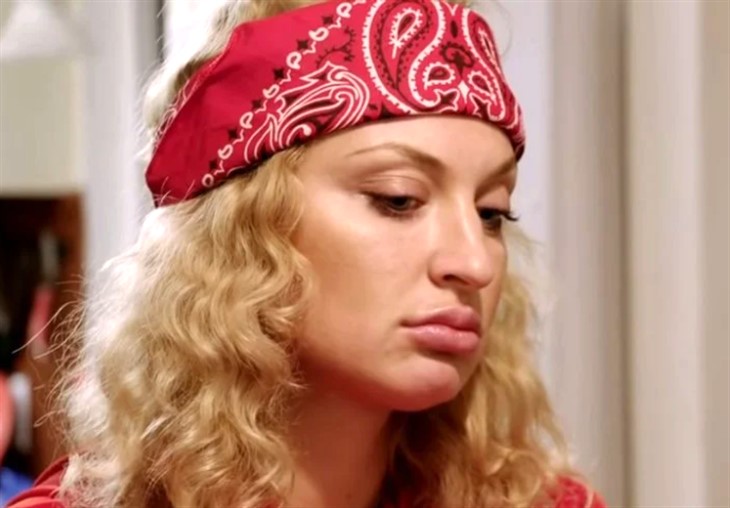 90 Day Fiance spoilers reveal that fans are pretty sure that Natalie Mordovtseva is pregnant with Mike Youngquist’s child. The couple has had quite the crazy and bumpy relationship, but fans do think that they love each other, for the most part. Now it seems that the Instagram sleuths are trying to put some pieces together and prove that Natalie is pregnant.

Just when we thought things couldn’t get worse between Natalie and Mike, they did. Mike agreed to go to therapy with Natalie and he unleashed a lot of feelings. He told her that he wasn’t sure he could marry her or if he was even in love with her anymore. Of course, this made her very upset and she had a tough chat with him that night.

Things with the couple seem to get worse then get a little better, but fans of the show really want to know what is going on with them. Mike doesn’t like spilling the tea with the therapist, instead he chooses to tell his hairstylist everything. She seems like a good listener, right? There are fans thank think the two of them would make a good couple because of their chemistry, but it seems like Mike needs to focus on Natalie.

Natalie doesn’t hold back when she posts on Instagram. Many fans are beginning to wonder what she is doing in a lot of her photos, but some think that these pictures are clues to something bigger happening in her life. For one, fans think that she either got a boob job or she is pregnant. The newest photos of her look as if she has put on some weight in her boobs and face.

There are a few pictures that look like they have been photoshopped too. One of these pictures shows her stomach area too, but it looks like the cropping has happened right in that area. Could she be hiding a pregnancy? Could this be the big secret of the season?

We will have to wait and see what happens next on 90 Day Fiance.

Be sure to catch up on everything happening with 90 Day Fiance right now. Come back here often for 90 spoilers, news, and updates

90 Day Fiance Spoilers: Why Is Annie Suwan Being Mocked?