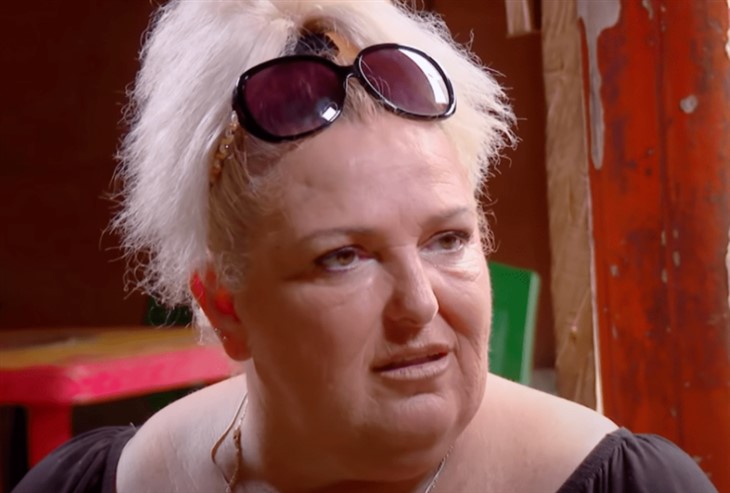 90 Day Fiance spoilers say that the Angela Deem that you thought you knew is no longer the Angela Deem that she is today. Or at least, not in appearance. The controversial reality television star keeps on losing weight so much so that some fans and viewers don’t even recognize her anymore. Here’s what you need to know.

Many fans have been following Angela’s love life and quest to become her Nigerian lover Michael’s life for many years now. They’ve seen the good, the bad, the ups, the downs and the downright ugly played out from their relationship in front of the reality television cameras. Well, now it looks like Angela has put all of that bad energy behind her as she is now focusing on herself and looking her best. And from what we can tell, whatever she’s doing certainly seems to be working.

This past Valentine’s Day Angela made sure to show the world just how glamorous she looks in a new photo that she shared on her Instagram account for her fans. Needless to say, everyone has been left shocked by her stunning weight loss. But then again, Angela Deem hasn’t been shy of sharing her plastic surgery journey, either. After all, she wants to look good for both Michael and her 90 Day Fiance fans.

While Angela seems to be saving the best for last (or perhaps the next season of 90 Day Fiance), many fans have noticed that Angela has been showcasing a slimmer frame with each photo that she uploads on her Instagram account. On Valentine’s Day, Angela hosted a Q&A on her Instagram with her fans and many noticed that she has been looking much slimmer from the neck up than she has in recent months. Unfortunately, Angela hasn’t shown us her body transformation yet and is perhaps waiting for a major “big reveal” for it to happen. Until then, we will definitely be watching Angela and her progress and will update fans with all of the latest details. Watch this space.