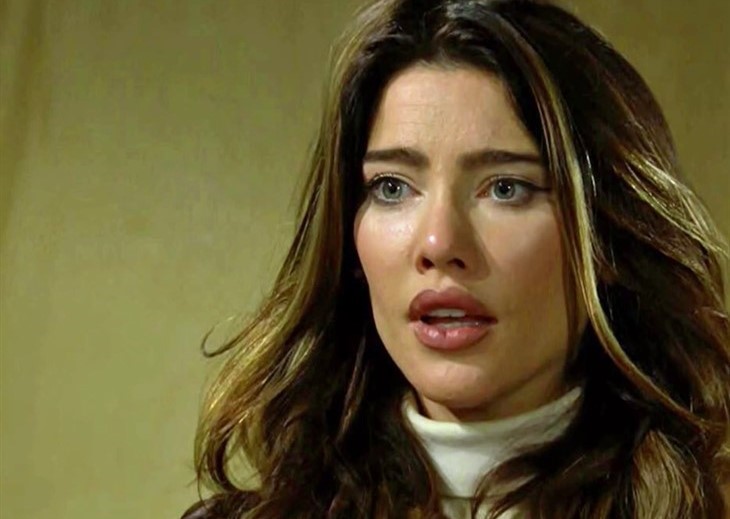 The Bold and the Beautiful spoilers reveal that Liam Spencer (Scott Clifton) has been named as the father of Steffy Forrester’s (Jacqueline MacInnes Wood) baby. However, John “Finn” Finnegan (Tanner Novlan) is committed to staying in the picture. When Steffy gives birth, there could be huge drama over which man belongs in the delivery room.

The Bold And The Beautiful Spoilers – Liam Spencer The Baby Daddy

B&B spoilers reveal that this week we finally saw Dr. Campbell (Tina Huang) deliver the results of Steffy’s paternity test. Unfortunately, it turns out that Finn is not the father. Instead, the test shows the baby daddy is Liam. This is devastating to everyone involved. Finn is crushed by the news and really doesn’t know how he’s going to compete with Liam now that he will have two children with his ex-wife.

Even though Finn doesn’t know where he stands, Steffy insists that she is in love with him. Finn already knows that Liam is going to use this pregnancy to constantly hang around Steffy. He also knows that if Hope Logan (Annika Noelle) dumps Liam, that will make him be there even more. He is going into panic mode, but at the end of the day, Finn will stick by Steffy. Despite being told that Liam is the father, Finn will bond with Steffy’s baby even though the child isn’t born yet.

The Bold And The Beautiful Spoilers – Forrester’s Pregnancy Stress

The Bold and the Beautiful spoilers reveal that Steffy has been warned by Dr. Campbell several times already about managing her stress levels. She has said it so many times that fans are really starting to wonder if Steffy’s baby could be in danger. She might even go into premature labor because of all the stress. Now that Liam has been revealed as the father, things won’t get easier. They will just become more stressful and even volatile.

The Bold and the Beautiful Recap & Spoilers Tuesday Feb 17: Liam Begs Hope To Stay With Him, Bridget Surprises Brooke https://t.co/s3Rp0TR3Kb

It is teased that things could really come to a head when Steffy goes into labor. Even though COVID-19 hasn’t been mentioned in the soap, that doesn’t mean there aren’t references to it. So, when Steffy gives birth, there might only be one person allowed in the delivery room. Steffy will have to choose between the man she loves and the man who is the baby’s father. It could even cause the two men to duke it out.

Who do you think should be in the delivery room with Steffy? Should it be Finn, who is in a relationship with her? Or should it be Liam because he is the child’s father? To find out what happens with this storyline, keep watching the CBS soap opera.