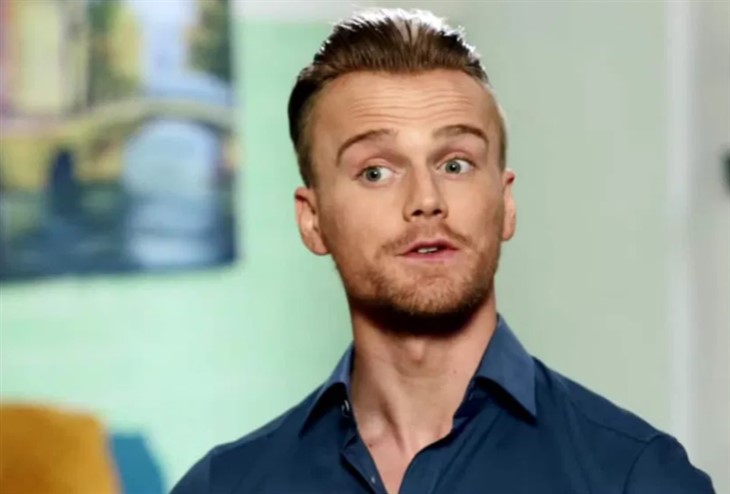 90 Day Fiancé news reveals that fans met Jesse Meester on TLC’s Before the 90 Days as the love interest of Darcey Silva. From Amsterdam, Jesse was so drool worthy that fans worried she might be getting catfished. Nothing like that happened and Darcey and Jesse entered into a relationship.

But while Jesse did not last long with Darcey he got major exposure thanks to the TLC gigs and is now a household name. Jesse is now featured face in a music video that will rock your world.

Jesse Meester is showcasing his incredibly good looks in the video for the song “Home” by Dutch alternative dance band Electral Presidents. Simply put he is the main eye candy in the new music video. The song and the music video were released this week and in it Jesse is on an overcast beach, drinking up a storm as he looks broody and moody. Fans will eat it up.

The video’s official press release for “Home” says that it is supposed to capture: “the emotions that many have gone through during the various lockdowns: loneliness, hope and an urge to connect with others.”

“The video shows the story of a man in regret of his mistake and reminiscing on what life could have been … the music video is about a broken relationship.” But Jesse makes it a point to say that he is acting in the video and this does not mean he is regretting his, “own tumultuous love life.” Got it.

In real life Jesse is much brighter and has shown he has ton of initiative. He gives motivational speeches, wrote a book on intermittent fasting, and is a top level influencer on social media. Now with his music video his future looks even brighter.

According to NikiSwift, Jesse, a military vet, has his Instagram chock full of, “modeling shots, while his bio boasts other elements of his career: “Actor • Author • Applied Psychologist • Real Estate.”

Be sure to catch up on everything happening with 90 Day Fiancé. Come back here often for 90 Day Fiancé news and updates.