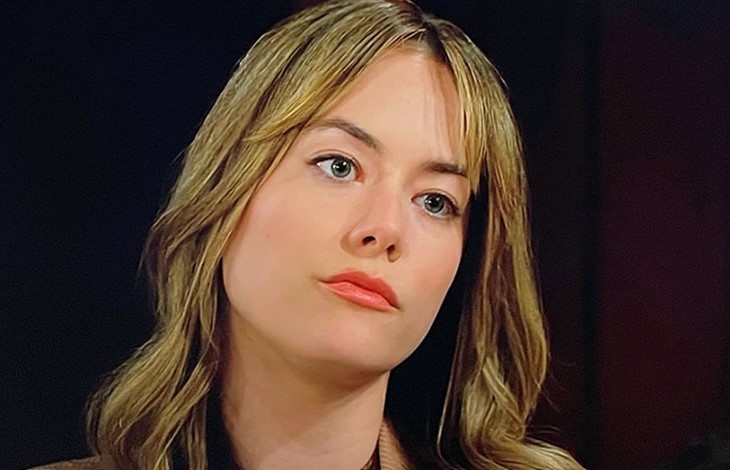 The Bold and the Beautiful spoilers reveal that Hope Logan Spencer (Annika Noelle) learned a few moves from her father. Actor Sean Kanan, who plays Deacon Sharpe, teased that an interruption enrages Hope and her reaction is quite brutal. Could Hope use martial arts on Ridge Forrester (Thorsten Kaye) when he goes after Deacon?

The Bold And The Beautiful Spoilers – Self-Defense Classes

B&B spoilers reveal that Hope is taking self-defense classes online. Deacon just happened to walk in when she was trying to learn a few moves. It was martial arts, which Deacon found interesting since it’s one of his passions. Then, Deacon offered to show Hope a few moves.

Instead of the basics, Hope wanted to learn something fancier and a bit more paralyzing. Deacon certainly did that but it’s not a scene that’s being thrown in for filler. Something is going to happen that will force Hope to use those moves.

Deacon and Hope have a sparring session at the cabin. It was already interrupted once, but it was a welcome guest. Brooke Logan Forrester (Katherine Kelly Lang) was surprised that Hope and Deacon were both practicing martial arts. However, she was also pleased that Hope seemed so happy to be bonding with her dad.

The Bold and the Beautiful spoilers reveal that Brooke won’t be the only one to interrupt Hope and Deacon. In Friday’s episode, expect someone else to walk in on Deacon and Hope. It is teased that this interruption won’t be welcome, though. That suggests the unwelcome guest could be Ridge. In fact, Ridge might try to attack Deacon, which would infuriate Hope.

Soaps love foreshadowing and it’s no coincidence that Hope is learning these moves as Ridge’s rage escalates. Plus, Kanan talked to Soap Opera Digest and hinted that Hope could use these moves on someone. Could that person be none other than Ridge Forrester?

“Hope is formidable. If there was a ‘good cop/bad cop’ thing going on, I might be a little more leery of disturbing Hope rather than Deacon. You do not want to get on the wrong side of her.”

Could Hope try to protect Deacon by using her new martial arts moves on Ridge? It certainly sounds like this is a possibility. Who do you think interrupts Deacon and Hope on Friday? How does Hope react and could she teach Ridge a painful lesson? Let us know your theories on this storyline and remember to keep watching the CBS soap to find out what happens next.