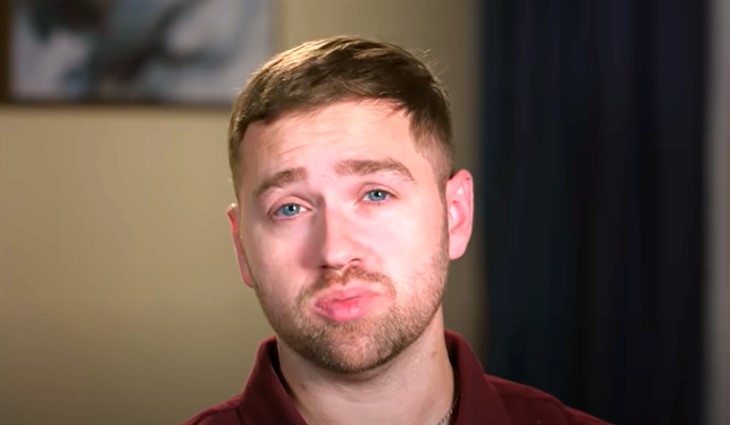 TLC 90 Day Fiance fans are hearing a lot of shocking allegations from both Paul Staehle and Karine Martins. According to Us magazine, Paul alleged in protective order application that his wife slipped shattered glass into his food. He also claims that her friends are blackmailing him. Keep reading to get the latest update on the TLC star’s explosive battle.

Paul and Karine always had an explosive relationship. However, things took a worrying turn when the police showed up at their home. Police were informed that Paul abused Karine, kept money from her, forced her to be a prisoner in the home, and sexually assaulted her.

Since that day, Paul has blasted his own allegations against Karine. Using his social media platform, he has made some pretty shocking claims. The latest is that Karine slipped broken food into Paul’s meals. The court documents state that Paul allegedly discovered glass in his food. He added in the paperwork that the glass shards were similar to an object she had broke.

However, that isn’t the only new allegation that is coming from Paul. He says that just days after the broken glass incident, Karine’s friends began calling him. They threatened Paul and demanded $10,000 or he would never see his son again.

When the police showed up that fateful day, Paul claimed that Karine had an open CPS case and she was not being compliant. Now, he says that the TLC reality starlets 16-month-old Pierre run in the street. He also alleges that Karine allowed their young son to get into the cabinets where chemicals are kept.

While the Brazilian native told police that she was being abused by Paul, he is also claiming to be an abuse victim. He says that the young woman assaulted him, which is on security footage. He once again irritated that he could use the tape to clear his name.

A judge ordered Karine to stop all communication with Paul and she must stay 500 feet away from him. As for Paul, he is prohibited from seeing his wife or children for three years.

Doubling Down With The Derricos: IVF Shocker, How Are There So Many Multiples?https://t.co/zgUqGMa9v6

“Her motion against me with false allegations is for a 3-year restraining order against me and both my children. Alimony and child support. But I cannot see her or my children at all.”

Be sure to catch up on everything happening with Paul Staehle and Karine Martins right now. Come back here often for 90 Day Fiance spoilers, news, and updates.

Prince Harry And Meghan Markle Met On A Blind Date, But Who Set Them Up?