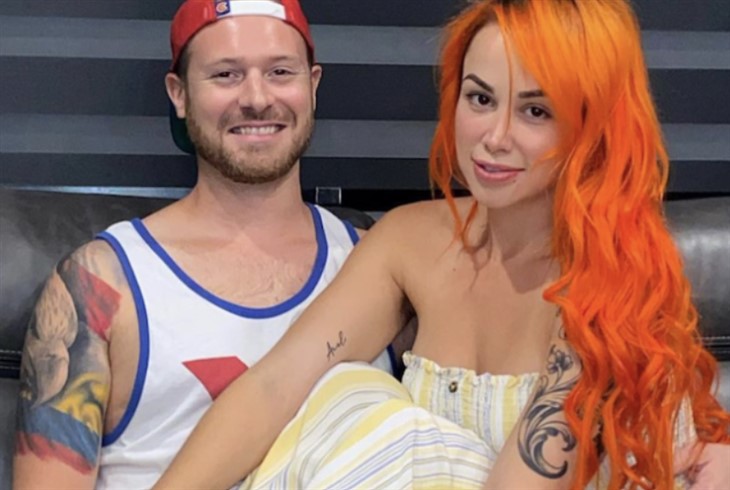 90 Day Fiance star Paola Mayfield has been showing off her successful wrestling career on Instagram. Most of the time, Paola shares pictures of her before and after she fights. It also appears that she’s been receiving more fans than ever.

However, despite the dramatic increase in her popularity, Paola never forgets to spend time with her son, Axel, and her husband, Russ Mayfield, even though they recently split. Apparently, the two decided to take a break from their relationship due to Russ’s inability to find a stable job.

Fans also think that there are other personal reasons behind their sudden break. However, fans are happy that things are finally getting better between the two.

In an Instagram post, 90 Day Fiance star Paola Mayfield shared a heartfelt message to her husband, Russ Mayfield. According to Paola, she’s thankful for the never-ending support of Russ amid her busy schedule.

Paola also said that she knows she can always count on Russ and he can also count on her. Paola also put a hashtag that says, “#workinprogress” which seems to hint that they’re now working with their relationship.

Russ himself also took social media to say that he’ll always be there for Paola amid their struggles, which is clearly a good start to fix everything between them.

After sharing a sweet message and picture with Russ Mayfield, 90 Day Fiance fans took Paola Mayfield’s Instagram post to encourage them to keep working in their marriage. It’s no secret that Russ and Paola have been a fan-favorite couple for a long time.

Fans were even shocked after the two decided to take a break from their relationship. However, some are already expecting that they’ll get back together, especially that both of them are showing no signs of third-party issues.

90 Day Fiance star Paola Mayfield has been working so hard in her wrestling career. Her dedication and hard work also resulted in her first championship. Fans also think that Paola is getting much better every time she gets into the ring.

Reports also claimed that Paola is planning to take her talents to WWE, especially after meeting several WWE Legends such as Rick Flair and Mickey James. It also appears that Paola is very interested in debuting to the grandest stage of wrestling.

However, some think that she should sharpen her skills even further first before trying for a WWE debut.

The Bold And The Beautiful (B&B) Spoilers: Sheila Toys With Steffy – Zende On High Alert