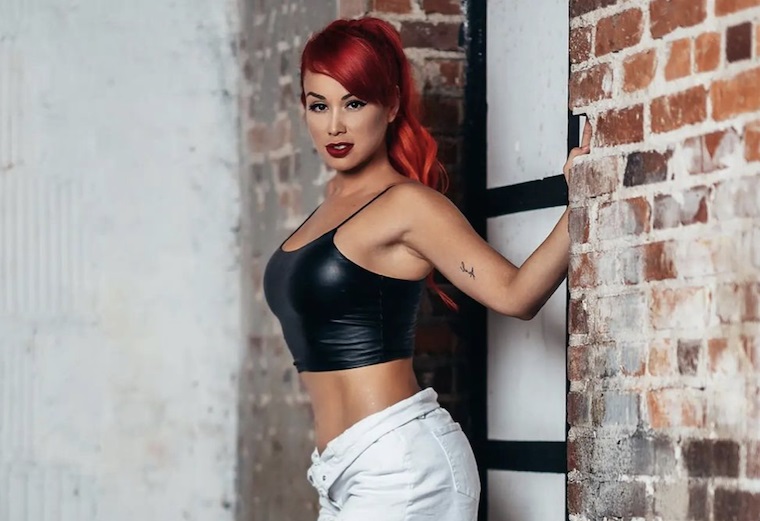 90 Day Fiance star Paola Mayfield has been making headlines after announcing that she and Russ Mayfield are taking a break from their relationship. Since then, Paola has been busy with herself, especially with her wrestling career.

Apparently, Paola became popular when she debuted as Paola Blaze in Atomic Revolutionary Wrestling. She immediately became the ARW Women’s Champion during her rookie year, making her character a big hit to many.

Now, it appears that Paola is taking bigger steps with her career. According to reports, Paola appears to be interested in making a WWE debut.

90 Day Fiance star Paola Mayfield has been keeping in touch with the fans by sharing updates about her wrestling career. Recently, Paola took Instagrave Live to thank all the fans who supported her throughout her wrestling journey.

However, eagle-eyed fans noticed that one of Paola’s comments appears to hint at something bigger. According to Paola, she’s about to make a big debut soon. Paola didn’t share where she’d debut, but it’s clear that it won’t be an ARW.

Due to this, fans speculated that Paola might bring her Paola Blaze character to WWE, which is the biggest and grandest stage for those who seek a professional wrestling career.

Will Paola Survive In WWE?

90 Day Fiance star Paola Mayfield has already proved what she’s capable of in ARW. It even resulted in her first championship during her rookie year. However, fans think that her performance still has tons of room for improvement.

On the other hand, WWE has been making headlines recently, especially after the back-to-back returns of future Hall of Famers, such as John Cena, Edge, and Brock Lesnar. CM Punk also made his debut in AEW, making the wrestling community go crazy.

Due to this, having a new star from a popular reality show like 90 Day Fiance will surely be a welcome one to many.

90 Day Fiance stars Paola Mayfield and Russ Mayfield have been silent regarding their status since deciding to take a break. According to reports, the two are seemingly planning for divorce.

It all started when Paola Tweeted a short message explaining why she doesn’t post pictures of her husband. According to Paola, she doesn’t like to pretend, which sparks rumors about their divorce.