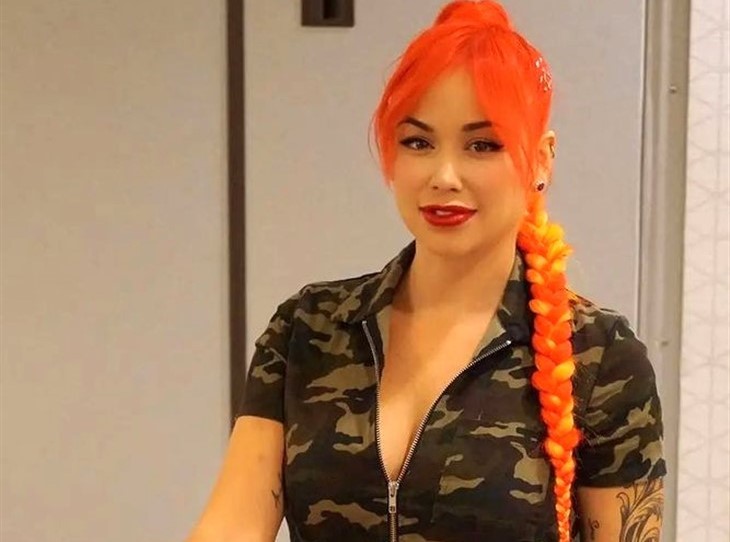 90 Day Fiance star Paola Mayfield has been making headlines due to her successful professional wrestling career. Apparently, Paola set aside her life as a Zumba instruction and nutritionist to pursue a wrestling career.
So far, she’s been very successful since debuting in ARW. As a matter of fact, she’s already the ARW Women’s Champion. However, fans think that Paola is planning to step up her game and take her talents to a bigger stage, and it’s none other than the WWE.

Now, Paola shared another hint about her interest in the biggest wrestling stage after meeting WWE Legend Rick Flair.

According to reports, Paola took her talents to NWA, which is somehow a bigger stage compared to ARW. Rick also had some screen time during his NWA appearance where he sent a heartfelt message to some of his close friends from WWE.

Flair’s return also made headlines which also put the spotlight on Paola. According to some, Paola’s talents are going to get recognized much faster, which could lead to her WWE debut.

Aside from meeting Rick Flair, Paola also shared a picture of her with another WWE Legend, Mickey James, who’s also responsible for the National Wrestling Alliance

In an Instagram post, 90 Day Fiance star Paola Mayfield shares clips and pictures of her during her fan meeting event. It’s clear to see that she’s gaining more popularity compared to her early days in ARW.

Fans also think that Paola’s popularity would also help her to push through to the grandest stage of entertainment wrestling. At this point, Paola has yet to share her thoughts about her possible WWE debut. However, fans want to make it happen, especially now that she has improved dramatically.

TLC 90 Day Fiance Spoilers – Will Paola Mayfield Step It Up?

90 Day Fiance star Paola Mayfield has been silent regarding her future plans for her wrestling career. Despite being already successful, fans think that she can push even further by debuting in WWE.

However, there are still a lot of things that Paola should fix before stepping up her game. One of which is her rocky relationship with Russ Mayfield. Apparently, the two took a break from their marriage as Russ continue to struggle with finding a stable job.

However, Russ previously took Instagram to share that he’ll continue to watch and support Paola in all of her future matches despite their break.