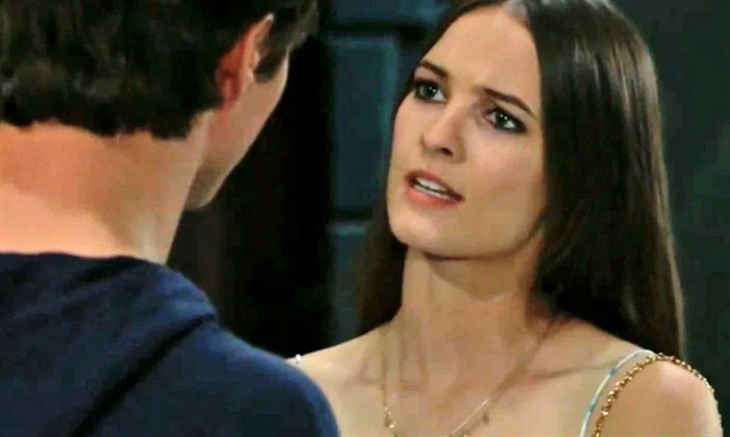 General Hospital’s Trina wants to get along with Esme. After all, Spencer didn’t tell Esme that he had a girlfriend while they were getting close. Trina believed that Spencer was interested in her and got attached to him because of that. There is an amount of tension between Esme and Trina because of Spencer and Trina wants to make that right. Trina tries to befriend Esme, however, a slip of the tongue could put an end to Esme’s part in stalking Ava. Unfortunately, it could also lead to Trina getting hurt or killed. Has Esme tipped Trina off to the stalking plan? Will Trina connect Esme to the bad things happening to Ava now?

General Hospital’s Trina respects Ava and will defend her no matter what. Trina knows that a lot of people know about Ava’s past. Ava has done a lot of bad things in the past and Trina is aware of that. Trina also believes that Ava has changed and Ava has been very good to her. Trina certainly sees a red flag when Esme refers to Kiki Jerome (ex-Hayley Erin) as Lauren. Kiki never used her given name and Esme is new in town. Trina knows that Esme had to do some research to know this information and may start to wonder why Esme is so concerned with Ava’s life. Could Trina figure out that Esme is stalking Ava as well and why?

General Hospital’s Esme claimed to Spencer that she was helping him when she torched Ava’s car. However, Spencer wouldn’t have thought to leave Kiki’s hospital badge behind. Spencer was mad enough over the car. Esme has to have an ulterior motive and some fans believe that Ryan Chamberlain (Jon Lindstrom) is it. Esme’s pull to Ryan is obvious and even Harmony Miller (Inga Cadranel) pointed her out as trouble. Is Trina getting in over her head calling out this clearly dangerous person? Will Trina need to be saved from Esme and her agenda?

Trina tends to jump headfirst into helping her friends and Ava is no different. Unfortunately, Trina also manages to get in over her head at times. Will calling out Esme lead to a dangerous situation? Who will save Trina if Esme targets her as well?