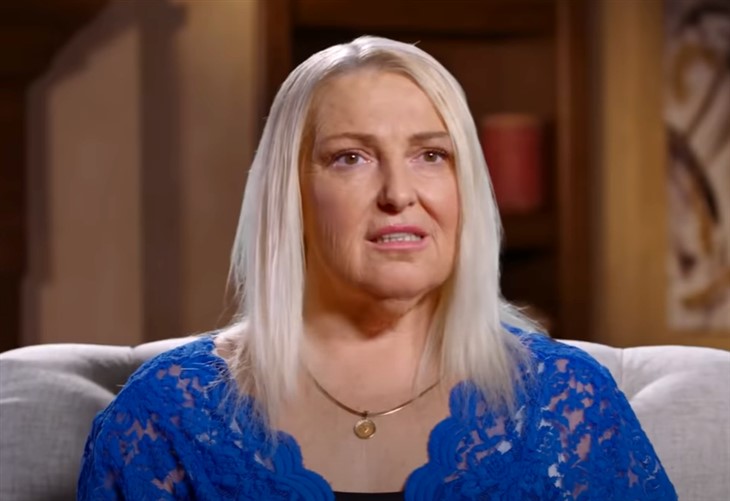 “90 Day Fiancé” star Angela Deem, a smoker for over 40 years, had finally resorted to her last card of using hypnosis to stop her dependent self from smoking the cancer stick. But recent photos of her on Instagram proved her last card failed to rewrite her history.

“90 Day Fiancé: Happily Ever After?” episode eight showed Dr. Samuel Kashani informed Angela of the risks of smoking. The surgeon explained she’s creating an ulcer inside her stomach, and if she won’t stop sooner, it can rupture. In a video call, Natasha Fett joined Dr. Kashani to confront the star of her behavior to which she confessed she smokes up to 10 cigarettes a day even after shedding 40 pounds from her surgery weight loss.

Looking frustrated but concerned, they advised different methods to resolve her addiction, like using marijuana or trying hypnotherapy and acupuncture.

Angela’s plastic surgeon, Dr. David Saadat, refused to operate for a facelift and even made a contract that she would need to pass the nicotine test to proceed with the procedure but if she failed, she’ll be fined $1,500.

This wasn’t the first time Angie, who started smoking when she was only 13 years old, had to deal with her health concerns in the TLC show. During the previous season, Angela’s hopes to have a baby were crushed after a biopsy of her reproductive system showed she was bleeding abnormally. After undergoing more testing due to tumor scare, results revealed she’s safe from cancer. The participant had also complained about experiencing shortness of breath.

Finally, Angela met Thomas Safrin in Hypnosis of Savannah as shown in the show’s latest episode. She confessed her smoking halted her plans to look 20 years younger by getting a facelift and also an abscess in her mouth was getting worse.

With a success rate of 93% as Thom claimed, viewers saw Angela smoking her last stick. Sitting in the therapist’s chair and with her headphones on, Angie was instructed to travel back in time when she smoked for the first time and imagine she hasn’t done it and fast forward to adulthood, she had to imagine she was never a smoker at all.

After the session, Angie admitted it was relaxing, and she felt as light as a feather. In high spirits, she promised Thom to take control of her mind to quit smoking.

But it seems like the participant broke her promise as she’s seen smoking in the photos she uploaded last week after attending multiple parties in Los Angeles, months after that episode with Dr. Kashani was filmed.

Does this mean Angela chooses to continue smoking over her desire to look young and live longer?

Angela even blamed Michael as the trigger for her smoking in one of the episodes. Did something happen between the two that Angela had to go partying and smoke away all weekend?

The Young And The Restless (Y&R) Spoilers: Summer Catches Kyle In The Act – Amanda Confused